Fans and YouTubers are not reacting too positively to Carter Reynolds’ latest attempt in causing controversy.

Carter Reynolds preemptively announced he was going to be posting a “racist vine” in a now-deleted tweet.

While this is not particularly newsworthy in the stereotype-heavy world of Vine – the matter escalated when other YouTubers like Bertie Gilbert, Joe Santagato and Will Darbyshire jumped in to criticize Carter.

“And it’s not racist if I’m the race and making fun of myself lol,” he continued.

After considerable backlash, he fired back at people. “Some people need to learn how to take a joke.”

Without even seeing the Vine in question, many immediately jumped at Carter – including a few YouTubers, for some reason.

YouTuber Bertie Gilbert said, “What is this? A performance piece? Being self aware about how racist you are doesn’t make you any less racist, chump!” 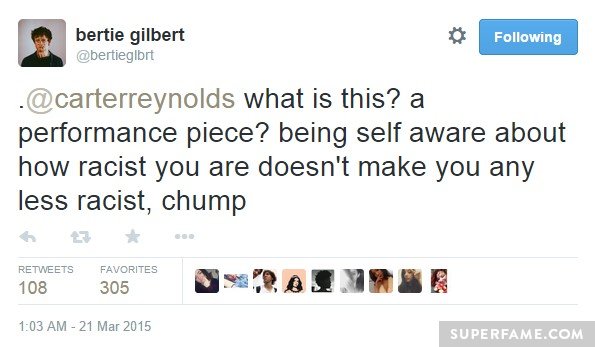 YouTuber Joe Santagato got right to the point. “You’re a full blown idiot. I thought this before the tweet also.” 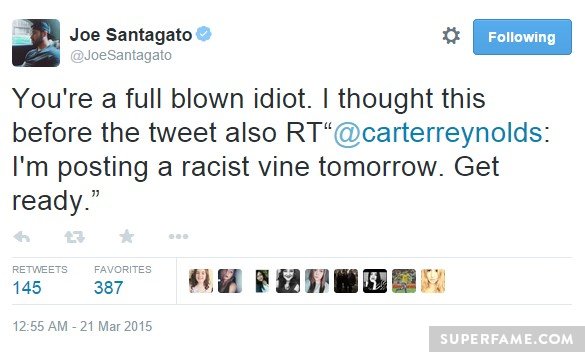 Other fans praised Carter for sticking to his guns. “Preach Carter,” they tweeted.

Carter Releases the Vine Featuring Him Pretending To Cook His Puppy

Carter released the Vine the following day. He titled it, “Own your sterotypes pt. 2”.

He can be seen holding his Pomeranian puppy Winnie near an open fire, ready to be cooked in a pot – as Pierre Balian barges in.

The “punchline” is based on a racist stereotype that Asians eat dogs and cats – something considered to be “wrong” amidst Western affections for pets.

For example, the recently arrested Cameron Dallas has yet to delete an old racist tweet where he insinuates his Asian neighbors are eyeing his dog up to eat. 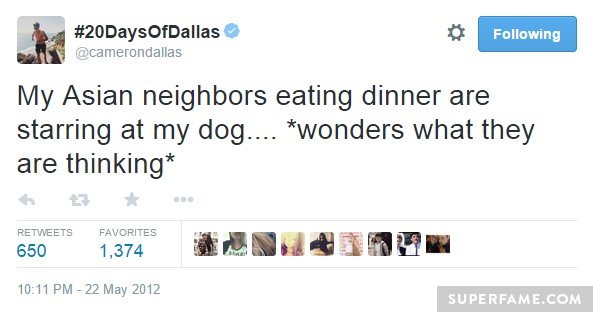 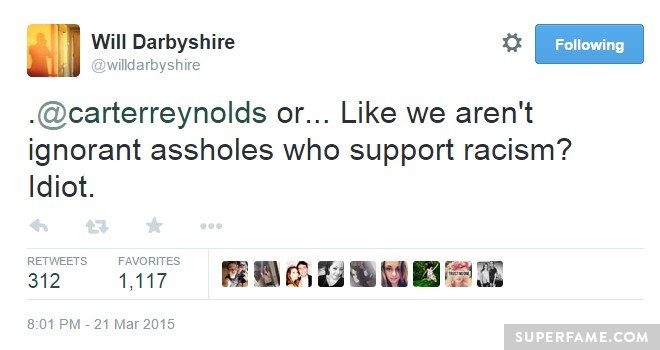 “I mean yeah, when making fun of entire races of people…chances are pretty high your very good comedy is about someone nearby,” Bertie tweeted. 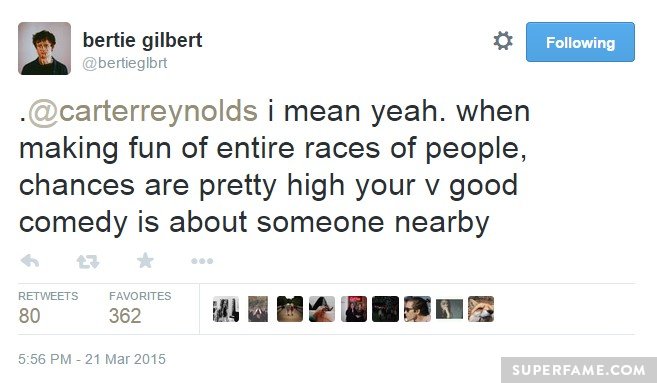 Although the Vine was positively received by many fans, others were concerned about the welfare of the dog. “What if the dog jumped out onto the fire?” one animal lover commented.

As usual, Carter was unapologetic. “If you’re butthurt over what I do or what I say, then it must be about you.”

He loved the controversy. 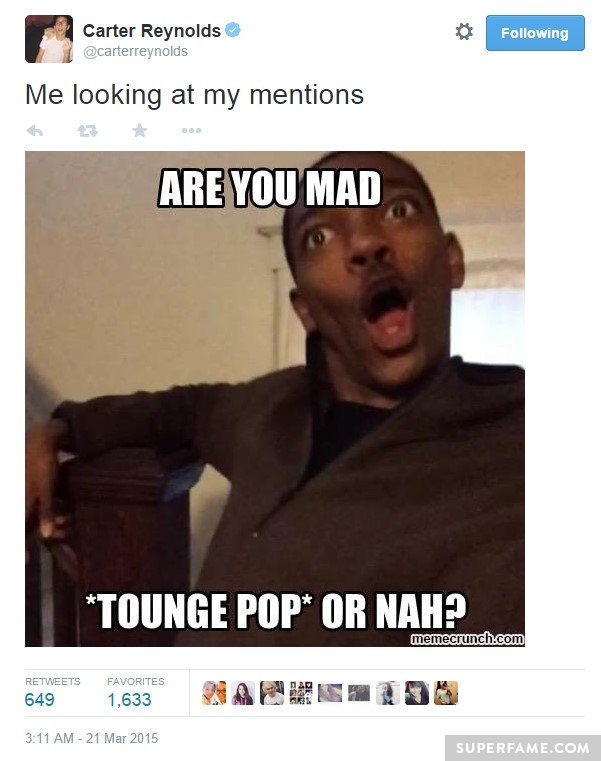 Update: Carter Reacts to the Criticism

Carter re-tweeted this article and explained his thought process in more detail. “People say racist things about me all the time.”

“It definitely used to bother me, but after being told the same thing over and over again, I just find it funny. I know that the racist comments people say about me aren’t true at all.” 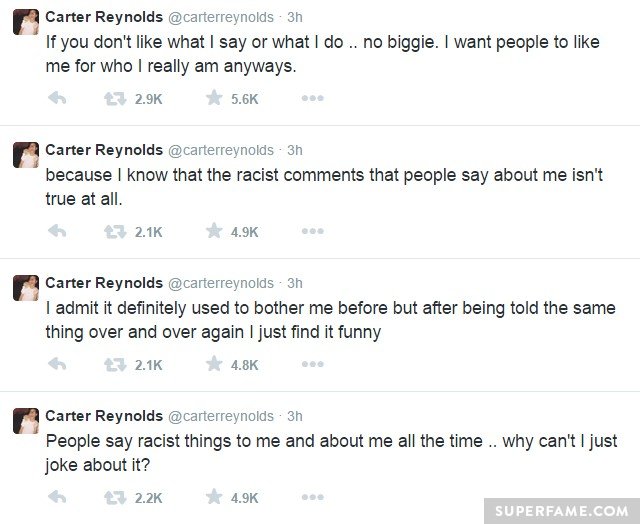 YouTuber Bertie Gilbert replied, “Dude, stop and think. Do you really want this stuff to be your legacy? Zip it and educate yourself.”