Despite many YouTubers and Viners swearing they would ignore Carter Reynolds, many simply couldn’t help themselves to a new piece of Carter’s latest drama.

Carter Reynolds caused a backlash after he mocked his haters, by taking aim at their looks.

This is not the first time Carter has been criticized for calling somebody ugly.

He even publicly called his then-girlfriend Maggie Lindemann “ugly” to show his love.

He often calls fans “ugly” as a joke. 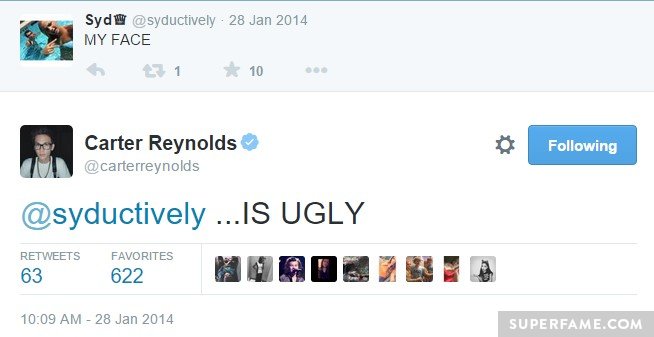 Nowadays, Carter is often greeted by hostile fans that tell him to “fuck off” – like in the VidCon Vine below.

Carter finally had enough hate, and mocked them on Twitter.

“If you’re going to say ‘fuck you’ to me in person, at least be decent looking. Haha!”

Carter also got flack for his one, in which he assured fans that it was okay to give up.

Matt Espinosa did not like the fact that Carter told fans to give up. “WTF dude,” he tweeted. 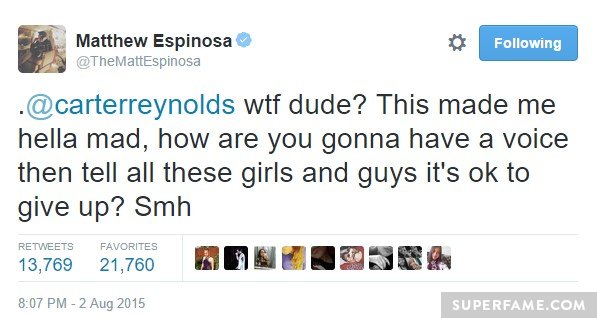 Taylor Caniff, who recently said he wasn’t going to do Magcon if Carter was there, wasn’t a fan.

Taylor also mocked Carter for “sleeping with a 15 year old”.

Many YouTubers jumped in to criticize Carter over his “ugly” tweets. 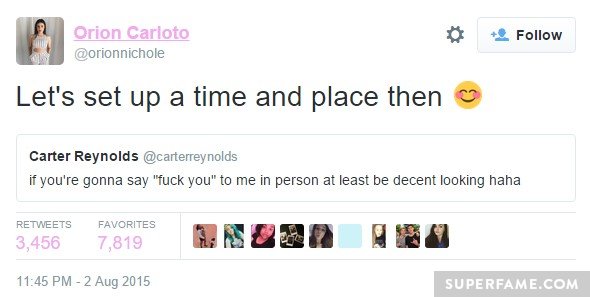 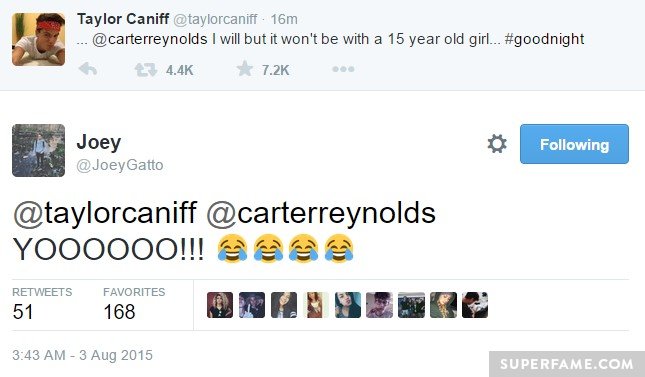 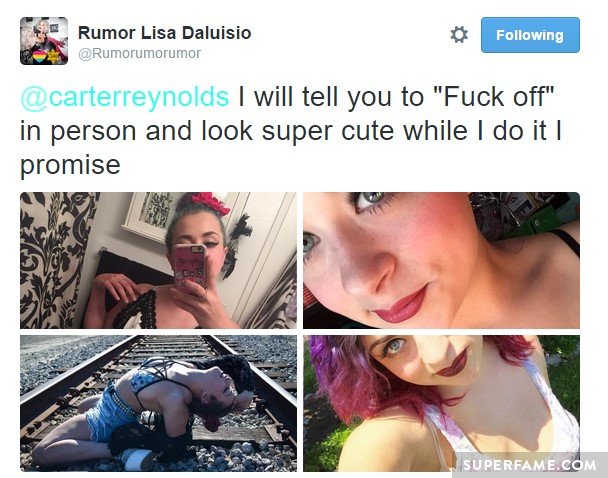 Pierre Balian, who recently joked that he was going to fight Taylor for Carter, got into an e-fight with Ryan Abe.

Pierre wasn’t a fan, and they fought back and forth. 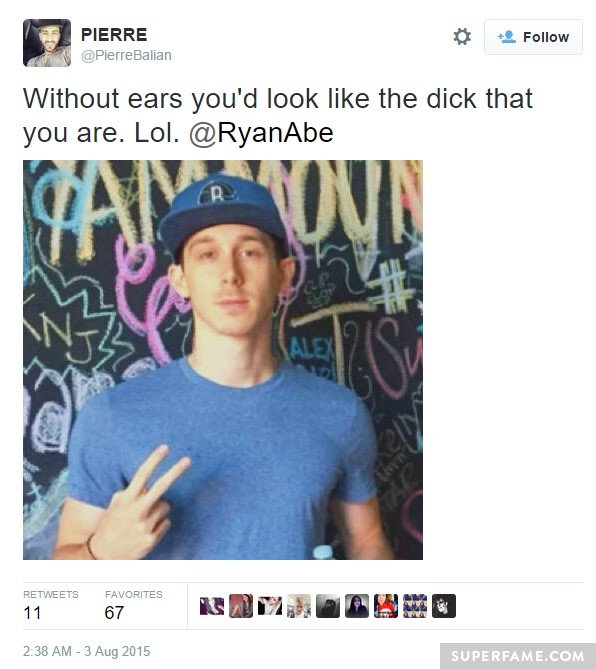 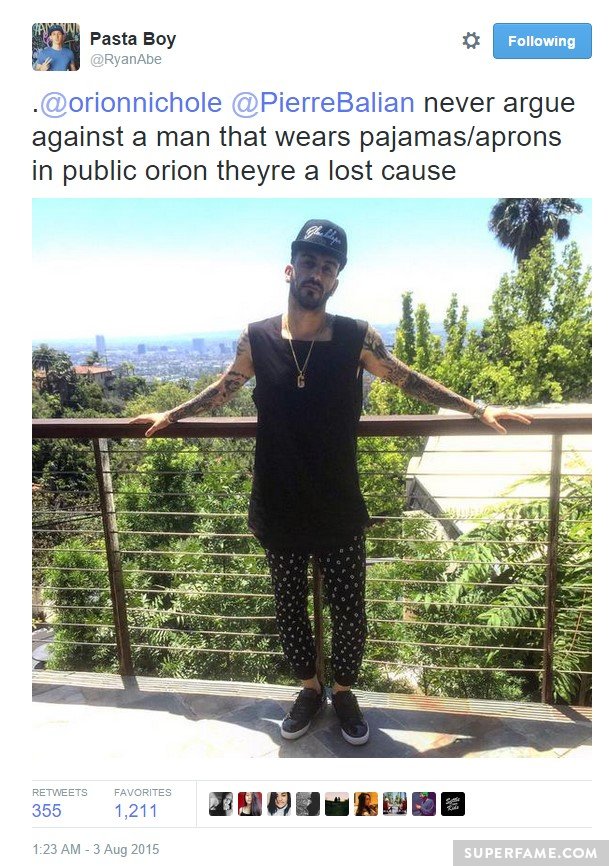 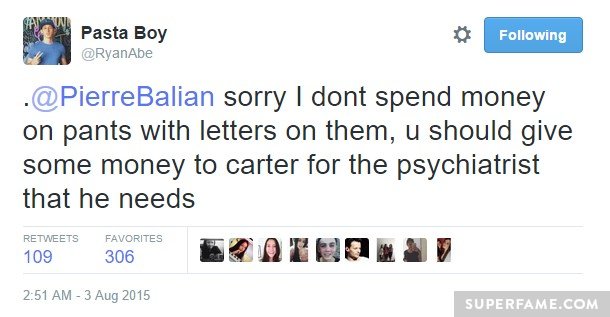 Carter eventually deleted his tweets, and defended his supporters.

He asked why it was okay for a hater to yell “fuck you” at him. 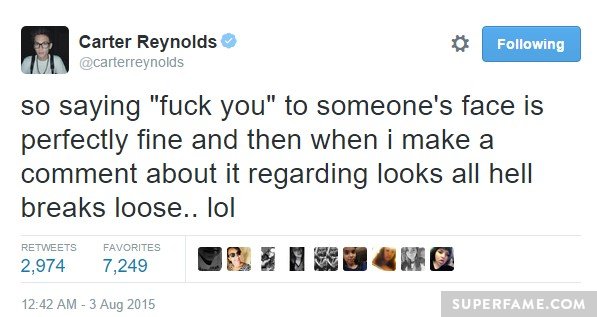 He told people to mind their own business.