The Rhodes Twins come out as gay. (Photo: YouTube)

The twins never officially disclosed their sexuality, despite making no real efforts to hide it.

For example, Austin has no problem posting photos of him kissing his his boyfriend on Instagram.

The Rhodes Bros Come out to Viewers & Their Father

“We wanted to come back as authentic as possible,” Aaron says.

“Something that I wanted to share for a very long time…I’m gay.”

“Moving forward from that, there’s one more person we have to tell,” Aaron continues.

They then reveal they will come out to their father, who lives in Ohio – on video.

If you want to see what happened – you can watch their full video above.

Fans & YouTubers React to Their Coming Out

Many fans and YouTubers immediately responded. Their friends Daveywavey and Matthew Lush commented on the video.

The twins asked their fans for stories, and there was definitely no shortage of them. 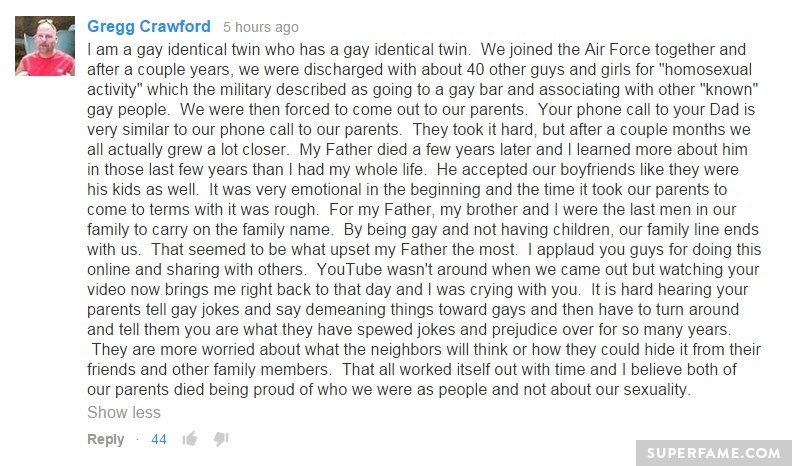 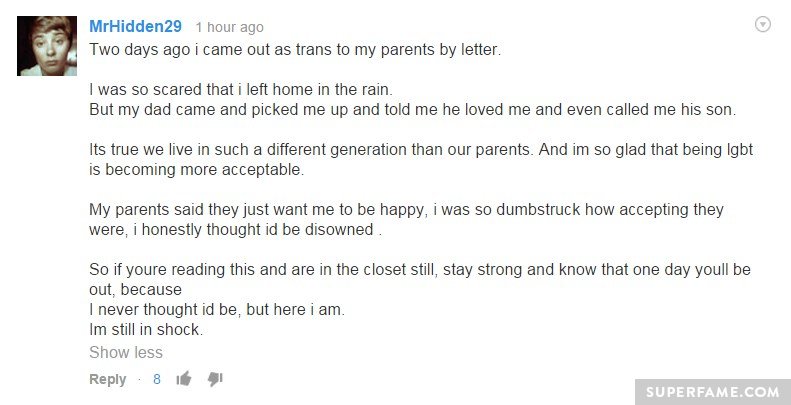