Hayes Grier was not amused after his ex-girlfriend did this. (Photo: Instagram)

Hayes Grier was shocked when he found out that his ex-girlfriend was trying to make a buck off his name on eBay!

Earlier this week, his ex Jordan Griffis announced that she wanted “quick cash” by auctioning off his old stuff.

Back in March, he got into a Twitterfight with her and accused her of “loving the attention” after she shaded him for meeting Justin Bieber.

Jordan went on Twitter to announce that she was going to be auctioning Hayes’ clothes.

She attached a screenshot of her eBay scheduler. She was about to list an “Original Hayes Grier Davidson Day Hoodie” for a Buy-It-Now price of just $150 with $2.95 shipping.

She also posted a photo of herself wearing the famed hoodie. 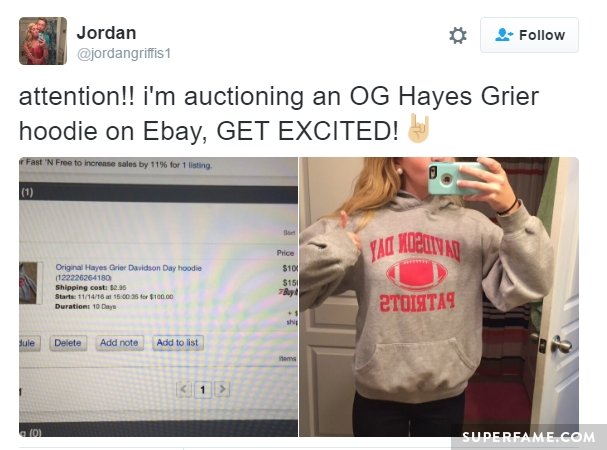 Hayes Grier attempted to sabotage her money-making scheme by saying that it was a “fake” hoodie.

Unfortunately for Hayes, she decided to tweet photographic proof that he once wore the hoodie! 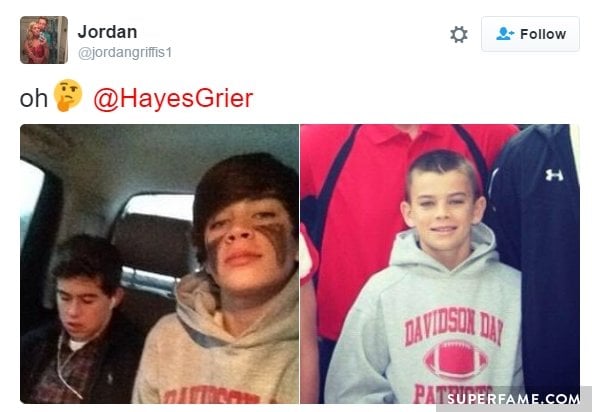 Hayes looked like he admitted defeat and resorted to calling her “lame”.

Hayes’ fans attacked her for “using him for cash” and being “obsessed with him” – but she fired back. “How am I obsessed? I just want money!” she joked.

She thought it was hilarious that fans were getting so angry. “Haha! I’m dead!”

Another fan said that she was “obsessed” because she apparently kept very old photos of Hayes.

She said that she simply found them on Google Images.

Unfortunately (or fortunately), she never ended up listing the hoodie on eBay.