Jack and Finn Harries - do you think they're ripping off Casey Neistat? (Photo: YouTube)

Is Jack Harries going all single-white-female on his film making mentor Casey Neistat?

Jack Harries’ longstanding identity crisis has been a huge source of annoyance for many fans, who have lost patience with what they perceive to be a “boring and pretentious” channel.

One of the most common criticisms of the JacksGap channel is that every video is “inspired” by Casey Neistat’s instantly recognizable style – to the point that the JacksGap comment sections are often flooded with comments regarding it.

This previously did not appear to be a problem for Casey, who invited the duo to his studio multiple times. However, it now appears that something has happened to make Casey change his mind.

Casey Rants About Mystery “Rip off Artists” With “A Big Following”

On April 30, Casey Neistat rants about unnamed ripoff artists “with big followings” during a vlog.

Regarding his work, he says, “It’s really frustrating when they’re stolen by people that have big followings, so a lot of their followers don’t know that this work was stolen. There’s certainly no credit there. It’s painful.”

“If you’re constantly being told that your work is a copy of someone else’s, you’re doing it wrong.”

Fans weren’t yet exactly sure who he was referring to, as Casey is often copied by other vloggers – and even multinational advertising firms. 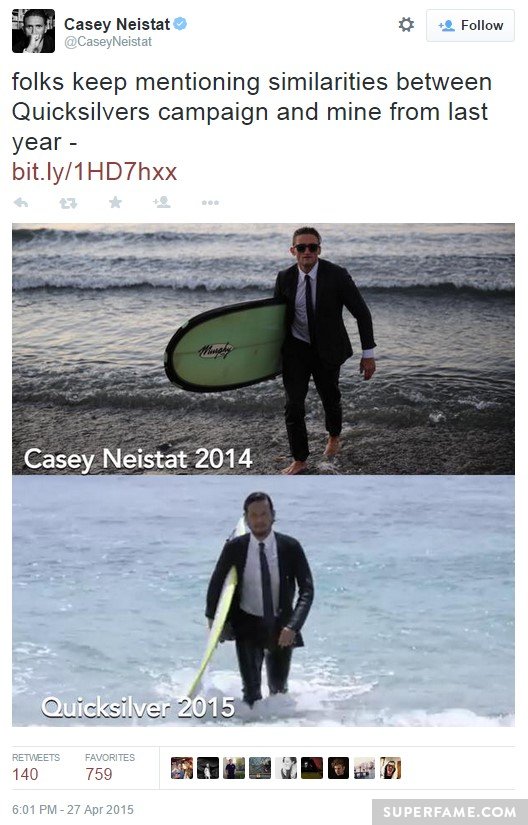 Casey Says That There is a Line Between Inspiration & Theft

“People who hide behind this idea that they were ‘inspired’ by your work. But actually just steal it wholesale.”

“I believe in inspiration. My work is inspired by filmmakers I look up to like Werner Herzog, and Steven Spielberg, and Stanley Kubrick, and Wes Anderson.”

“And if you look closely, you can see their inspiration in my work. I’m not talking about that. I’m talking about wholesale theft.”

Casey Says You Can Copy a Style, But You Can Never Emulate its Soul

“The thing about theft, is that you cheat. You just look at what somebody else is doing and go ‘I’ll just do that he’s doing’ and pretend that was my own idea.”

“You can copy the mechanics, you can copy a style, you can copy aesthetic – but ripoff artists can never emulate the heart. The heart behind telling a great story. The soul behind something that actually moves or affects people in an emotional way.”

Casey Thanks a Commenter Who Accuses Jack of Being a Copycat

Here’s why fans are now in agreement that Casey’s rant was probably targeted at Jack Harries.

Two days before Casey’s rant, Jack Harries posted a vlog titled “The Good Collective – Episode 1”, which appeared to be the final straw for Casey.

Commenter Priya posted two comments on that new JacksGap vlog, saying, “I am so sick of it. I’m just p***** off that Jack keeps copying him. First the editing, then the fashion style – and now the vlogging and the company. SO ANNOYED, Jack…that doesn’t mean you flat out copy him.”

“Jack’s ‘A Film for Ella’ video is a copy of Casey’s ‘The Surprise in South Africa’…Starting a vlog just as he is starting a company…the same with Casey.” the commenter continued.

In case it wasn’t clear enough, Casey Neistat himself decided to comment on Jacksgap’s “The Good Collective – Episode 1” video – and personally thanked the commenter above (twice) who accused JacksGap of ripping him off.

The comments are still up on the video, as of writing. It is also verified as Casey’s official YouTube account.

Fans originally thought the rant was about Ian Porter (@OpTic_Crimsix), the competitive Call of Duty gamer who posted a quote as his own. However, Casey denied it was about the gamer.

Why Might Casey Think That Jack Harries is Copying Him?

Like the commenter mentioned, JacksGap have been mimicking Casey’s film making techniques, shots, visual style and storytelling for quite a while. In fact, almost every single JacksGap video features commenters talking about it.

In another example, Jack Harries even admitted that his viral video “A Film For Ella” was “inspired” by Casey’s video.

In Jack’s video, he surprises his girlfriend Ella Grace Denton by flying to meet her in Australia.

Fans noticed that the ideas and storytelling were “eerily similar” to Casey’s recent announcement of his daily vlogging and new business – mentioning that Jack even utilizes the same Casey-inspired “bike” shots.

Jackson Harries Delays the Third Episode Of “The Good Collective” Amidst the Controversy, as Friend Ben Brown Stays Neutral

Despite claiming to be uploading a video “every day of the week”, Jack suddenly delayed the video by a day, as the controversy struck. 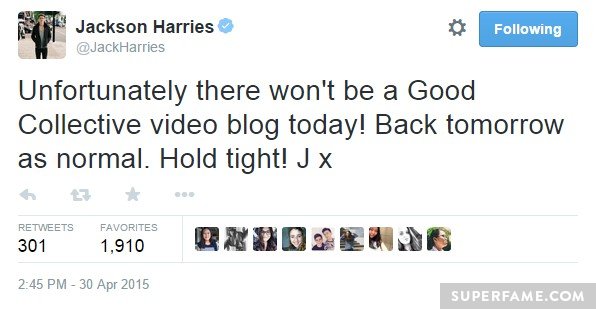 Update: After the one-day delay passed, Jack put the entire series on hold. 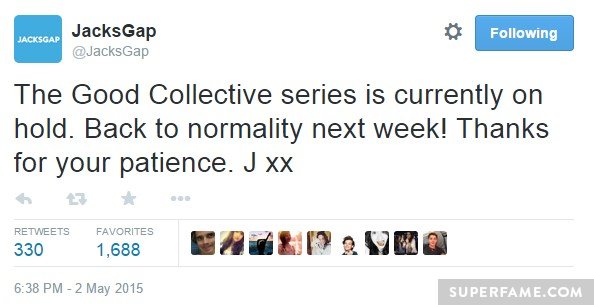 Friend Ben Brown, who often comments on both JacksGap and Casey’s channel – didn’t take any sides in the comments, yet.

Update: Casey and Finn are still good friends. No word about Jack, yet.