Madison Beer was accused of cheating on boyfriend Jack Gilinsky, after a photo was circulated on social media.

Recently, Taylor Caniff accused her of homie-hopping and dating Cameron Dallas, a charge she denied on a deleted YouNow stream.

A popular Facebook page, JoellyOwnsThis1, posted a meme featuring the photo that eventually blew up. 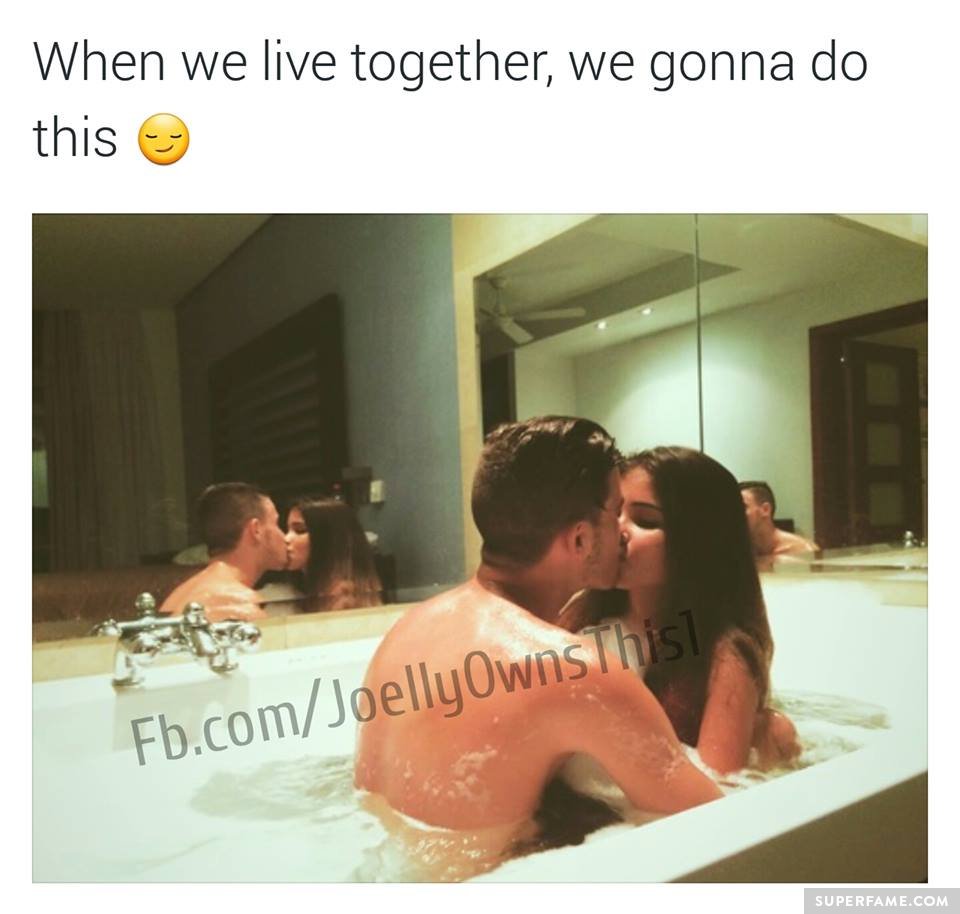 Somebody cropped the meme, and recirculated the tagged photo as “Madison Beer cheating on Jack Gilinsky”.

A cropped version of that photo made its way around social media.

Fans assumed the girl was Madison, because they looked vaguely alike. “WAIT, Madison cheated – WHAT?” 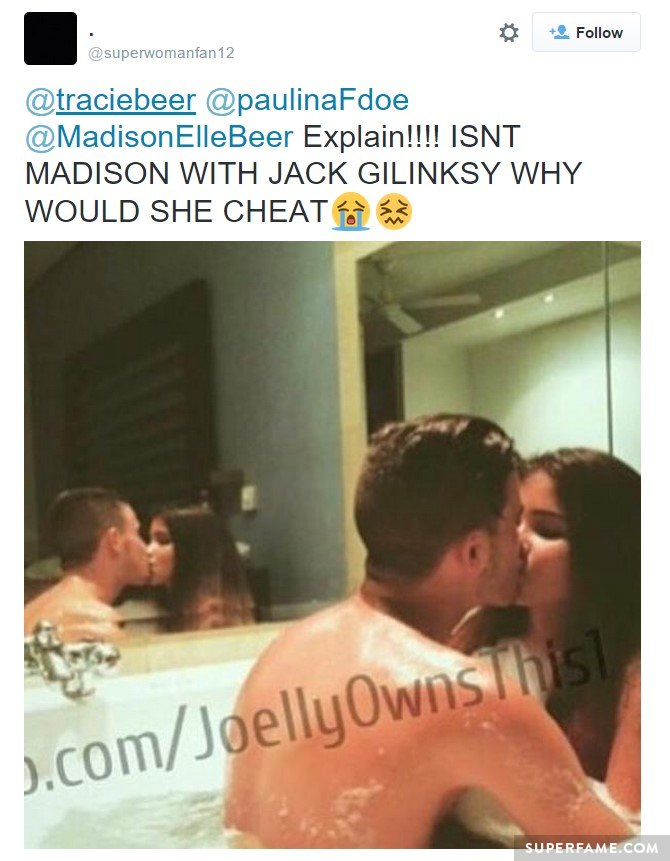 Where Was the Original Photo From?

Here is the untagged version of that photo.

Madison Beer Reacts to the Drama

Madison Beer could not believe she was being dragged through the mud, again.

“It is crazy how people will believe ABSOLUTELY ANYTHING these days. Do not believe a rumor. They are called rumors, for a reason!”

Tracie Beer defended Madison. “The word beLIEve has the word LIE in it!”

The actual girl was called nasty names after fans found her account. She then defended herself.

Her friend, that took the tub photo, jokingly apologized for the furor.