Madison Beer and Taylor Caniff had a tiff. (Photo: Instagram)

Madison Beer and Taylor Caniff traded insults – which all started because Taylor joked that Jack Johnson was a third wheel.

Madison Beer and Jack & Jack recently released their music video for All For Love. It features Madison and boyfriend Jack Gilinsky making out as “third wheel” Jack Johnson hangs out in the vicinity.

The trio have also been out doing various promotional stints – and were just in Las Vegas for the iHeartRadio Music Festival.

Taylor Caniff made the observation that Jack Johnson was a third wheel, on Twitter. “Jack J out there third wheeling too hard, haha!”

Madison Beer came across the fan’s screenshot, and responded by commenting on the Instagram photo. “Attention seeker.”

Fans then went ballistic in the comments section of that photo, with insults flying in all directions.

After Taylor Caniff was accused of attention-seeking by Madison, he clapped back.

“I am the one who loves attention? But then again, I haven’t hooked up with 1/2 of Magcon to be relevant!” 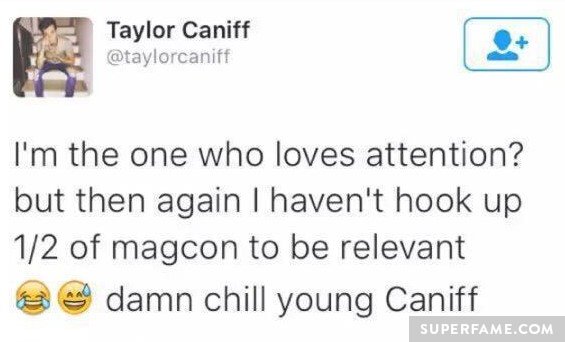 “Just wanted to make my response,” he revealed, after he deleted his tweets. 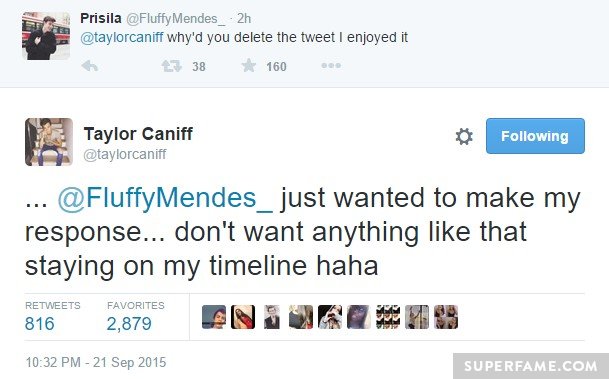 “Why be racist, sexist or homophobic when you could be quiet?”

Taylor called Madison a “w****”, click here to see more about that.