Billboard sent columnist William Gruger to cover Playlist Live – and he’s definitely not a fan of Alfie, Zoella and SDK.

Zoella and Alfie are not going to like that.

Billboard’s Streaming Charts and Social Manager goes on a rant, blasting the many YouTubers at Playlist Live for lacking talent.

He explains that they would never succeed in the traditional showbiz industry, or even pass the screening process from typical talent agents.

“Not original, not new, not talented, and not funny,” he says.

He yearns for the rose-tinted “good old days” when record firms apparently had to set stringent quality checks and standards – in comparison to the “post-Kardashian” YouTube, where he says “nonsensical, disorganized and trivial garbage” can become popular. 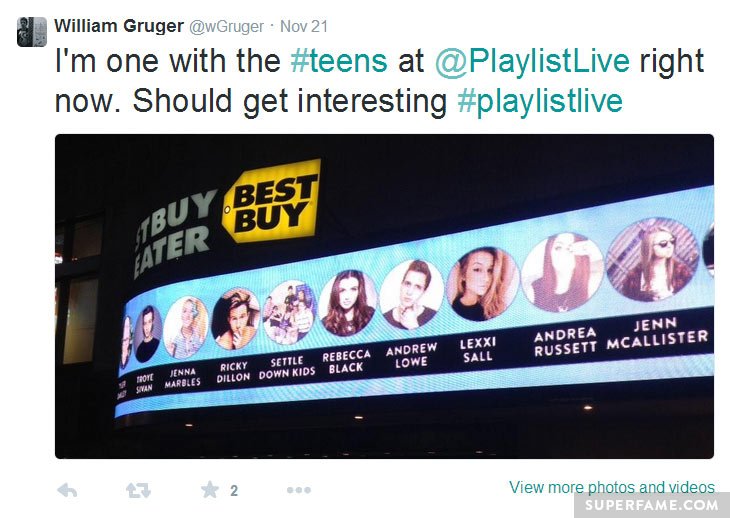 Not a Fan of Zoella & Alfie

He was so incensed by his experience, that he launched another jibe on Twitter – where he implored TheFineBros to get elders to react to Zoella and Alfie’s six-figure salaries for doing collab videos.

He is also critical of all he selfie-taking that Lauren Elizabeth, Jennxpenn, and Tyler Oakley did. He describes all the on-stage selfie taking as “subtracting” from the acts and performances.

Gruger also talks to a mother on the mezzanine, who brands Playlist Live as “bad” and compares the lackluster gathering to her amazing experiences at a Pink Floyd concert – something he also agrees with.

We feel for Gruger, as it appears he was forced to cover Playlist Live against his will – mingling with screaming teens and forced to endure “performances” by YouTubers.

However, all is not lost – as he also praises music acts like Trevor Moran, Troye Sivan, Meghan Tonjes and Rebecca Black.