Onision’s Twitter mentions are currently going crazy because of another one of his controversial all-day rants.

Late last night, Christina Grimmie was shot and killed by a gunman during a meet-and-greet in Florida.

Atheist Onision immediately mocked fans who said that they were “praying for Christina” when she was in critical condition. After her death was confirmed, he accused fans and YouTubers of tweeting “fake sympathy” and being “full of s***”.

Atheist Onision Mocks People Who Prayed for Christina: “You Prayed, She Died”

For some reason, Onision also appeared to be angry about people “praying” for Christina.

“God did nothing to stop her from getting into this mess,” he wrote.

“You prayed. She still died,” he mocked. “If God cared, she would not have been shot.”

Onision went on Twitter and ranted about #RIPChristina. “You are all full of s***!” he wrote.

He accused YouTubers who mourned Christina on Twitter of attention-seeking.

Onision said that he had no idea who Christina was. “Strangers die all the time!” He said that fans were “fake” for mourning her.

He accused fans and YouTubers of being sympathetic for retweets. “Fame does not make death more tragic.”

He fired back at people who told him to “respect the dead”. He said that “all lives matter” and hated that “celebrities are treated by society as if they matter more”.

He accused people of “exploiting” a death.

Onision questioned why people only cared about the deaths of famous people and not “Rwanda and Syria”.

“You only care about the famous!” he wrote.

He kept tweeting about various deaths. “All lives matter!” 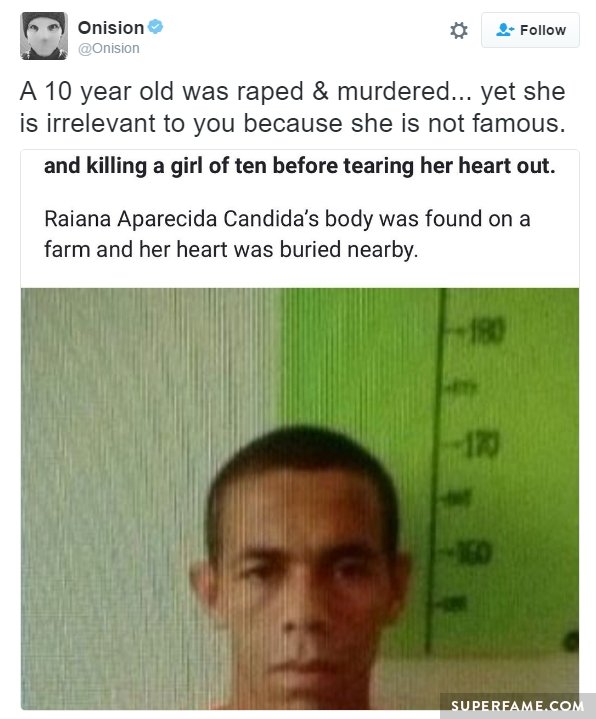 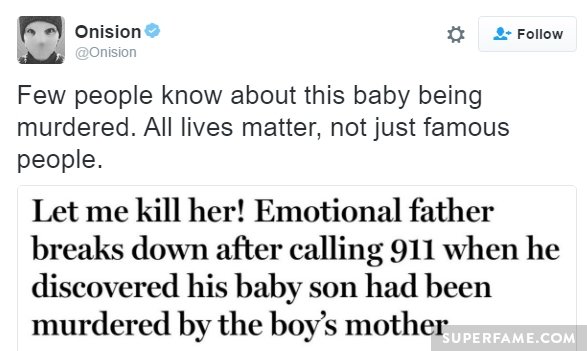 He ripped into fans who mocked him for wearing a bulletproof vest to VidCon.

Onision Gets Slammed by Everyone, He Fights Back

Onision’s mentions blew up and he was criticized by a ton of people. “Get this idiot off my Twitter feed,” one person wrote. “So miserable,” another said. “Shut the fuck up and cut your hair.” 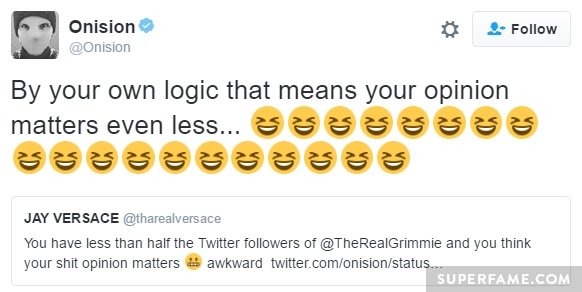 Onision Basks in the Drama & Attention

Onision tweeted that he “loved drama” and “loved being hated”. He said that he was simply “telling it like it is”.

Onision told verified people to stop tweeting at him, because all the mentions were “blowing up his phone”.