Taylor Caniff made fans wait as he picked out a boat for his birthday. (Photo: Twitter / Instagram)

Taylor Caniff is notorious for being late to his events, so it comes as no surprise that he was over two hours late to his “RV Project” meet-and-greet in Houston, Texas – where fans paid $20 for a selfie.

But what makes this late appearance special from the rest? According to the now 19-year-old Taylor, he was looking at boats to rent for his birthday, having previously bought a Lamborghini and a house.

A fan who attended the event spoke to us, saying, “Its so rude making us girls wait…He only cares about money.”

On the day of this scheduled meet-and-greet at 5 PM on February 3, Taylor says he spent the entire day looking at boats at Kemah Boardwalk Marina.

On Twitter, he posted, “Looking at yachts today.. Can’t wait to show you guys!” For some reason, he later deleted this tweet.

He told fans he “lived in Kemah on the water”, which probably refers to his new yacht.

He eventually decided on this recreational Carver yacht in the 400-slip marina.

Taylor posted the following photo on his Instagram account, 30 minutes before his 5:00 PM meet-and-greet was scheduled to begin.

He geo-tagged the photo with his GPS location at Kemah Boardwalk Marina – which, without traffic, is an hour away from his meet-and-greet location at Sky High Sports.

If it was not a delayed post, he was already running very late to his own event, regardless of the traffic.

“After spending all day looking at yachts in and out I finally made my decision! Her names ‘Miss Judy,” he wrote on Instagram.

Friend Matt Espinosa congratulated him on the purchase.

Taylor Caniff Then Gets Stuck in Traffic, is Hours Late to His Own Event

Because he took so much time looking at boats, he ended up smack in the middle of rush hour traffic. 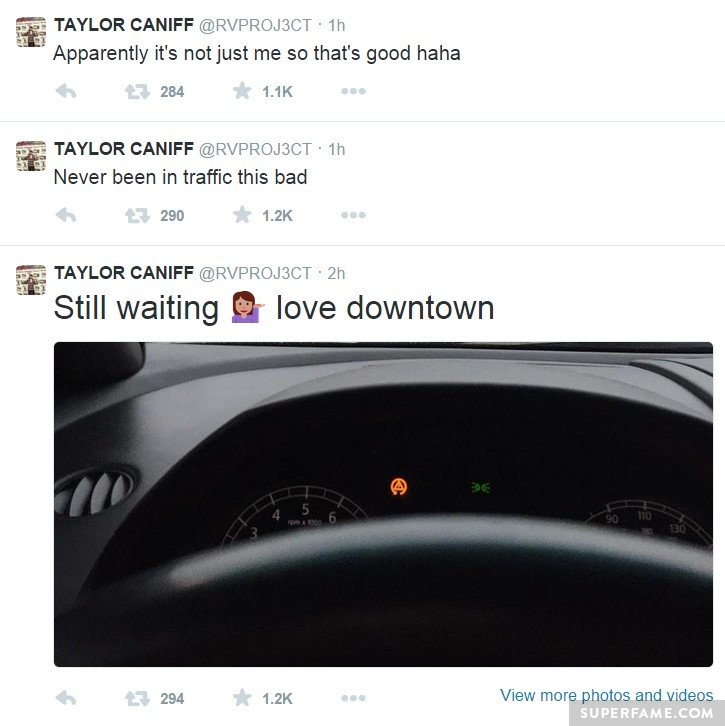 According to TomTom, Houston’s traffic is the 14th most congested in the United States.

Because Taylor did not manage his time properly, fans were forced to stand in line for hours, waiting for Taylor to arrive. 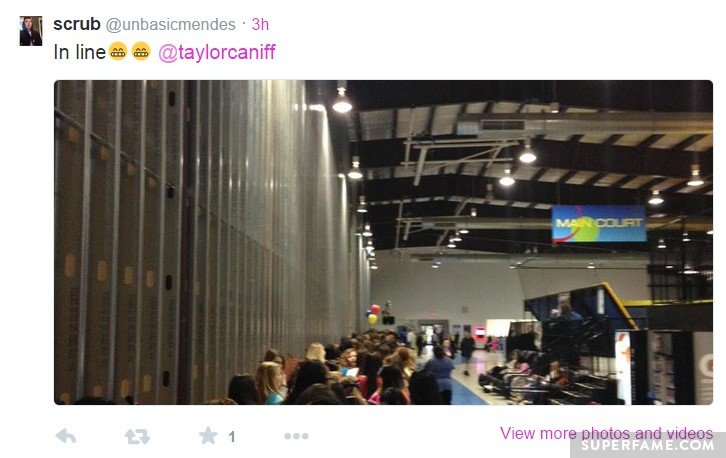 Fans React to his Lateness

Many fans took to Twitter to express anger at his lateness. Some weren’t even allowed to leave the line to go to the bathroom. Parents were furious. “Rude, just plain rude,” one said.

Howver, not everybody cared. In fact, Taylor is so famous for missing schedules, that it has already become part of his brand – and some fans find it adorable.