Taylor Caniff will be heading to court next week. (Photo: Instagram)

Taylor Caniff previously explained his version of events on Instagram, which you can read here in more detail.

In the now-deleted post, Taylor admitted that drugs were found at his home by cops in Warrick County, Indiana – but blamed other party-goers for leaving it there. “I admit there were drugs left inside the house after the gathering, left by I don’t know who. Right now I’m being charged with 3 felonies.”

Here is the original caption that accompanied his deleted Instagram video.

According to the Warrick County Circuit Court, the court found probable cause for Taylor’s arrest on all charges. 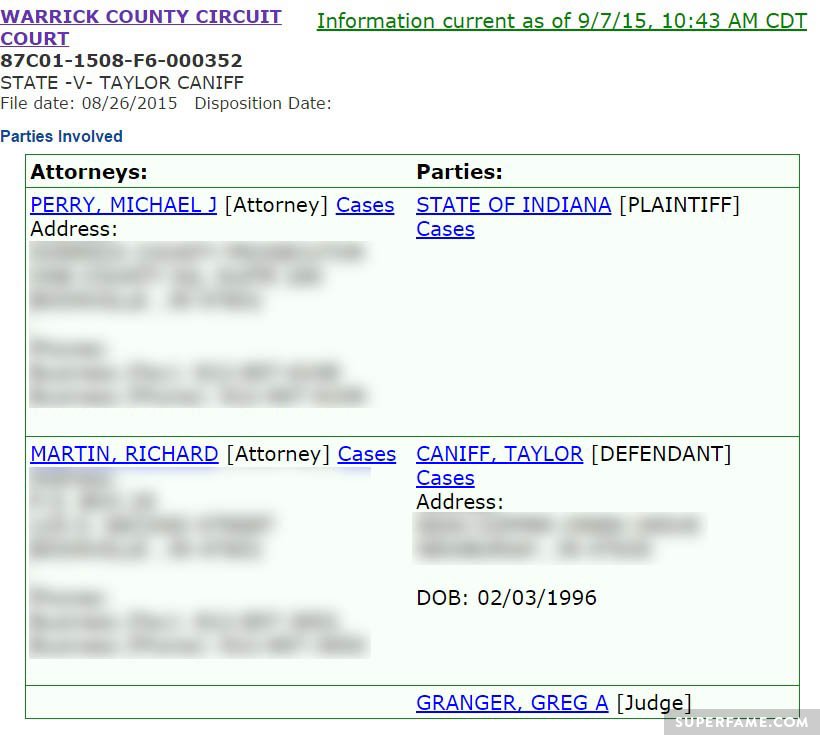 If you haven’t already, you can read his version of events by clicking here.