Trevor Moran just released his new coming-out music video for I Wanna Fly – just in time for his birthday on September 30th!

Although he previously told People that the song was about his mother, it appears that he did not tell them the full story.

In fact, it looks like Trevor pulled a Joey Graceffa in his new video, which features co-star Jacob Reinhard as his romantic interest.

Trevor Moran Debuts His New Music Video On His Birthday

Although Trevor has not actually confirmed his sexual orientation as of writing, his friends just couldn’t help themselves.

His co-star Jacob Reinhard spilled the beans on Twitter with a series of carefully picked emojis. “So proud of you Trevor!”

His friend Lindsay, who he was celebrating with, was a little more blunt. “#IWannaFly out of the closet,” she tweeted. “Yay for gay Trevor Moran!” 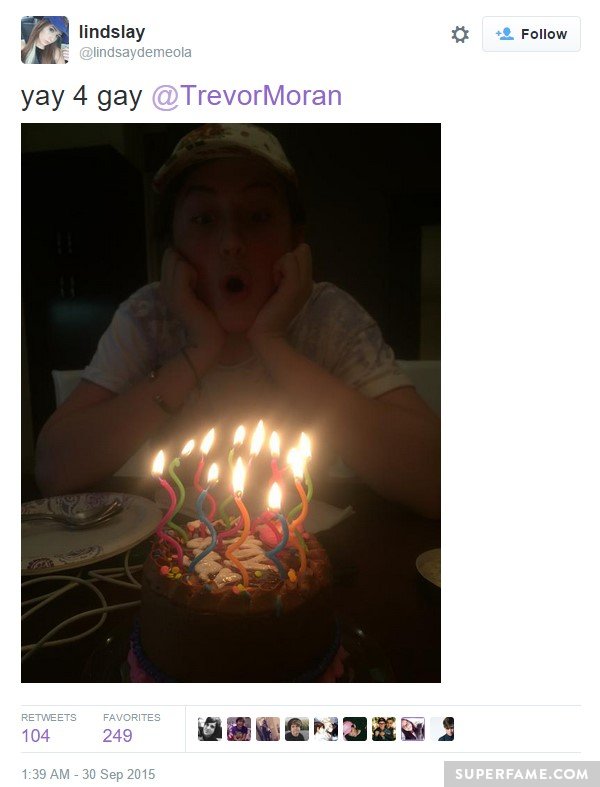 Trevor Moran Comes out as Gay in His Music Video

Trevor dropped the video on his VEVO channel.

If you want to reblog the GIFs below, you can do so from our Tumblr.

YouTubers came out and congratulated Trevor on his new music video. “So proud of you! Happy birthday babe!”

“Proud of you bro! Love you,” Dylan Dauzat commented.

Ricky Dillon also congratulated Trevor. “I’m so glad he is such a big part of my life, I do not know what I would do without him. 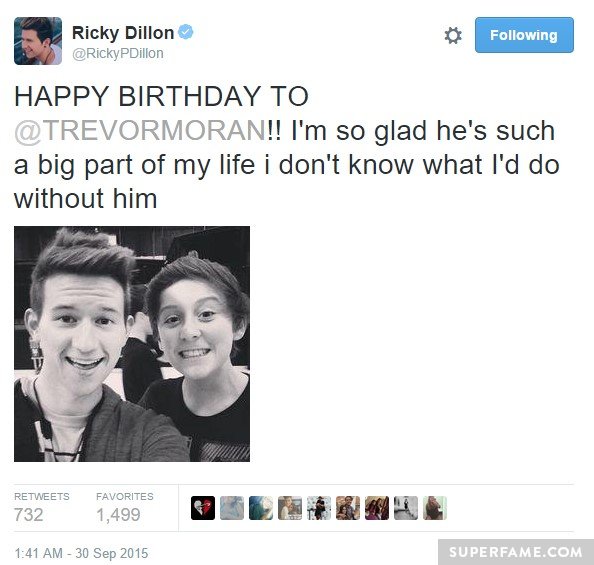