Troye Sivan and Matthew Eriksson get it on. (Photo: Instagram)

Fans have been expecting the video ever since the casting call was leaked.

The trailer introduced Blue Neighbourhood, a trilogy of music videos that will accompany WILD. “The whote project has been a dream come true,” he wrote on YouTube. “Love is love, yo!”

You can order WILD at this link.

Here’s the full video for Fools (Part 2 of 3 in the trilogy). Click here to see how fans reacted to it!

In the video, Troye is friends with a boy while they are kids – and it appears that they eventually become boyfriends when they get older.

“We tell each other everything,” says the voiceover.

“He comes to my house most of the time.”

“He told me how to jump off the jetty.”

The trailer ends with a fight-filled cliffhanger, and a call-to-action to pre-order.

If you want, you can reblog the GIFs from our Tumblr. 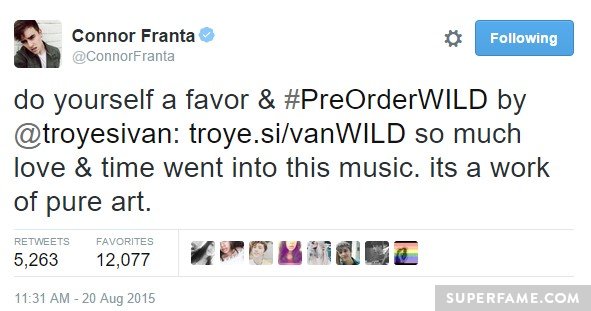 On the video, many fans immediately started speculating on the trilogy’s plot. One fan had a depressing take.

Many fans were confused about the voiceover moment at 0:23. “He told me how to jack off?” one confused fan wrote.

It was actually “he told me how to jump off the jetty”, in an Australian accent.

Fans started to imagine fanfic possibilites. “Imagine if Kian Lawley was the other boy.”

There were also a ton of comments comparing Troye’s love interest to Connor Franta. “Am I the only one who thinks he looks like Connor?”

Troye Sivan Thanks Fans for Their Support

The album / EP catapulted to the top of the charts, and Troye was overwhelmed. 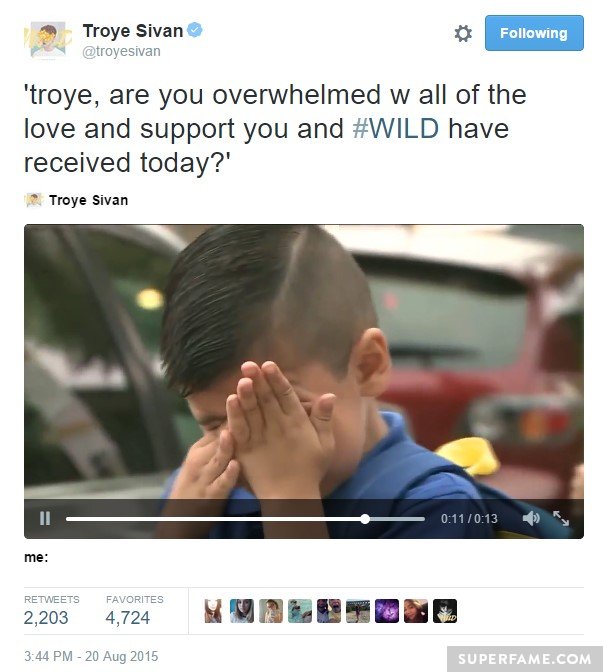