You have probably already heard about the new object Troye Sivan introduced to his face.

What do you think about it? Vote at the bottom of the page!

A while ago, Troye announced that he punctured his face. “I dun punctured my face!” he said.

Unlike Caspar Lee, Troye was allowed to keep his new face hole. 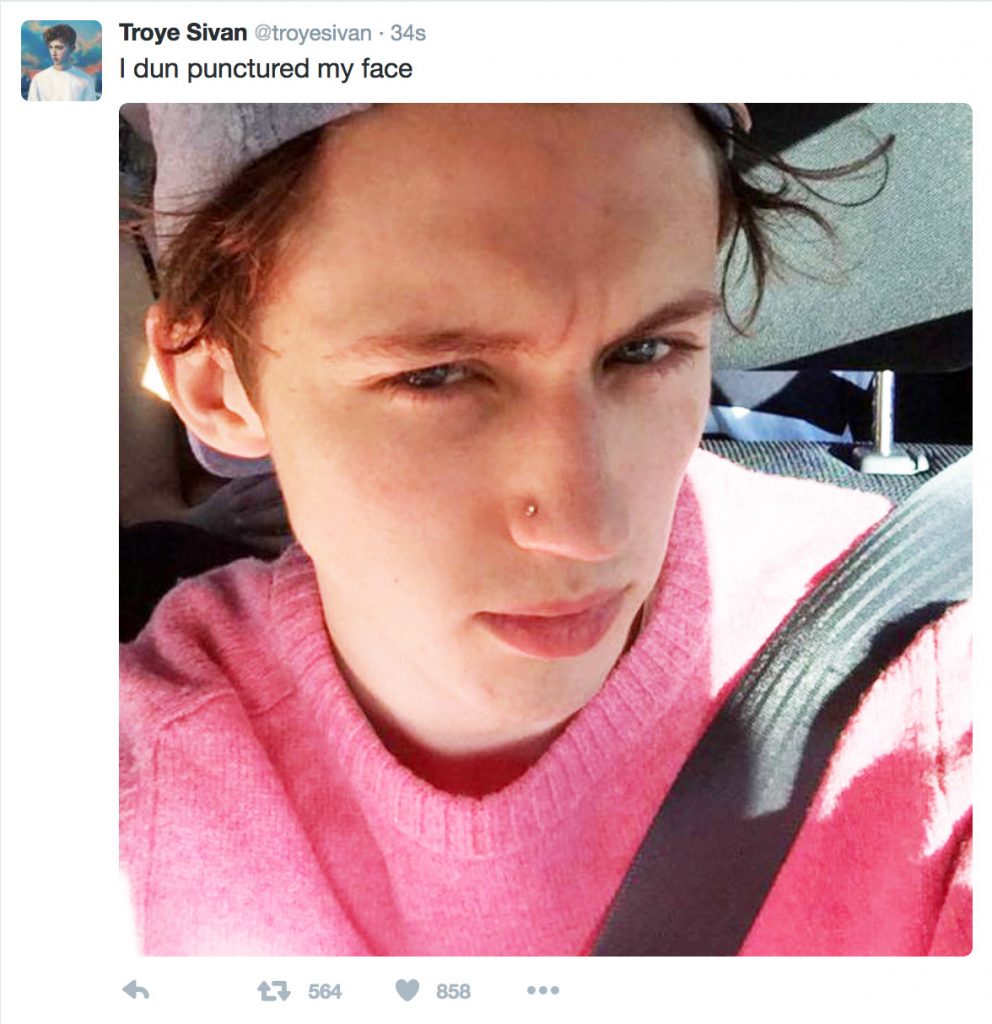 Sage Mellet was there when it happened. “Baby got a nose ring!” she captioned on Snapchat.

Of course, it’s not a nose ring just yet. On Twitter, Troye mentioned that he originally had no idea what the process actually was.

He didn’t expect to have to wear the same stud he was pierced with. “You gotta keep the stud for weeks.”

He was surprised to learn that they used the wire to make the hole, then screwed on the stud.

Some fans remembered the time Troye got a fake lip piercing, and urged him to make more holes in his face.

“Omg, get a lip piercing for real!” one fan wrote.

Others even urged him to get tattoos. “TROYE! Get a sleeve.”