Troye Sivan released a bunch of $14 tickets for sale in the United States, and they all sold out at breakneck speed.

In fact, the Los Angeles tickets were sold out in less than 30 seconds – then a ton of them immediately popped up on StubHub for $200.

The U.K. tickets have not yet been released, but fans are already worried they’ll miss out.

Hint: Janoskians fans previously threatened to burn down a tour venue if more dates weren’t added, and it worked! [Ed. Note: Don’t do that.]

Troye Sivan Announces Tour Tickets Are for Sale, Then They All Sell Out

Troye released tickets at noon, priced at a shockingly affordable $14.

Most tickets sold out in 30 minutes. 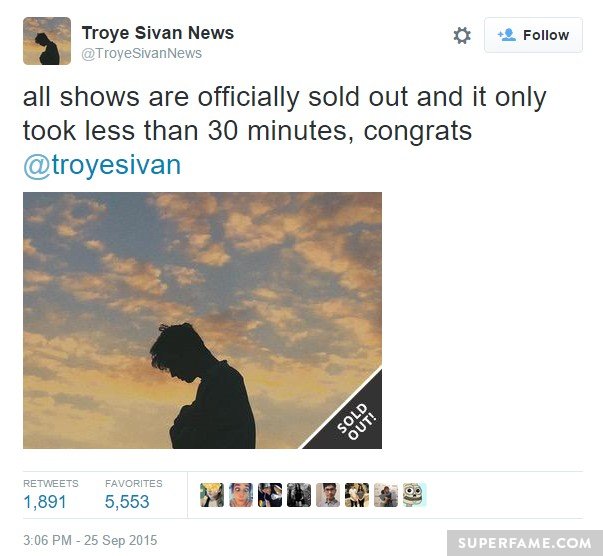 The L.A. tickets sold out in 30 seconds. 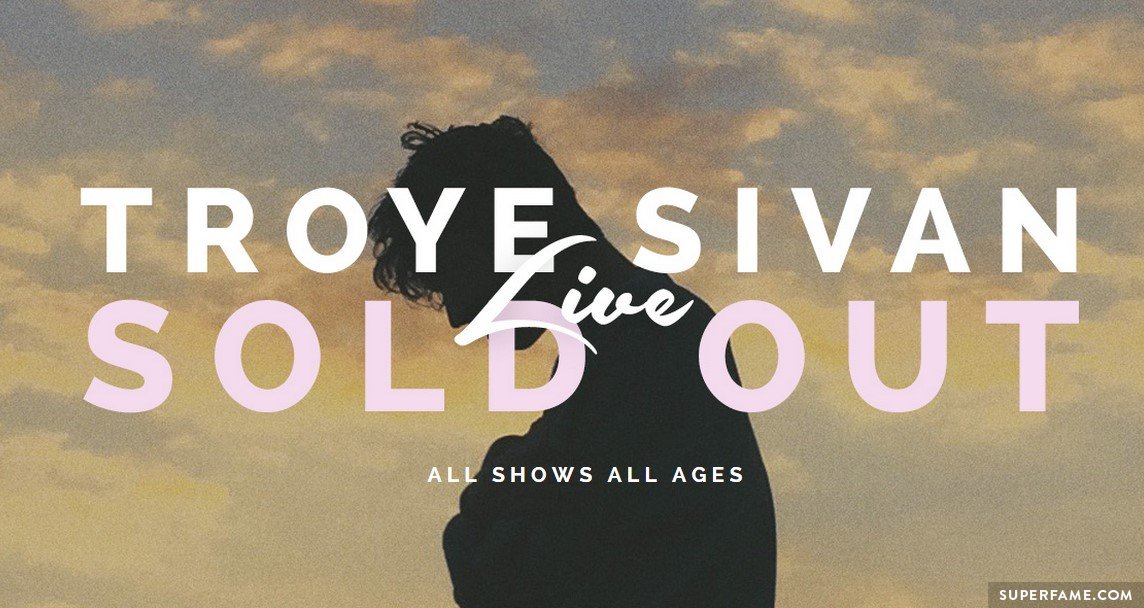 Tickets Immediately Pop up on the Secondary Market

StubHub still has some left as of writing – at inflated prices. 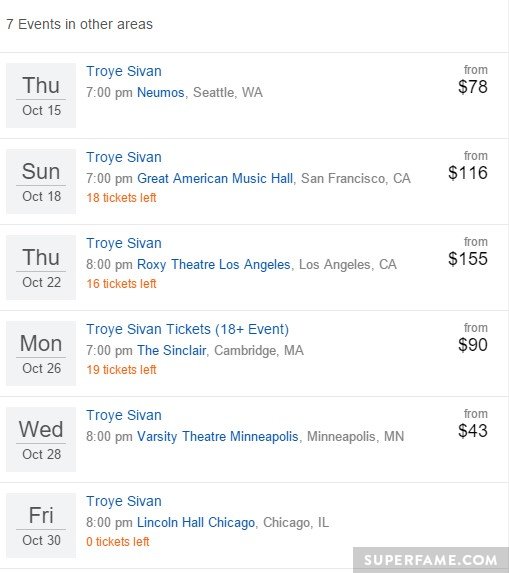 Fans were also peddling their tickets on Twitter for higher prices.

“I’m probably just going to show up. And like get Troye’s number and be like, Troye let me the fuck in!”

“I love me some Troye. I definitely want to go.”

Many fans weren’t happy at StubHub. “Go SUCK A D***!” one fan tweeted. 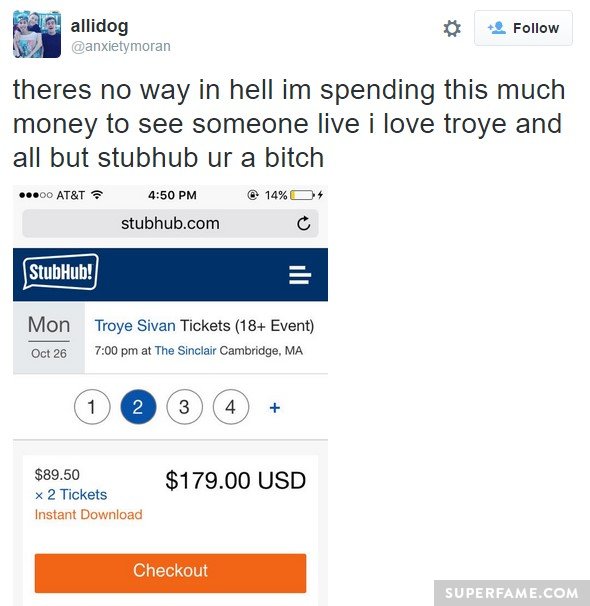 There were many pleas for retweets. 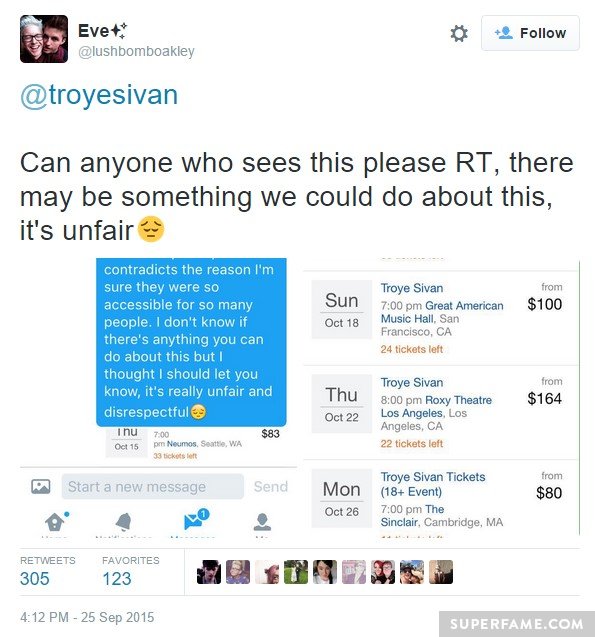 A lot of people didn’t like StubHub’s algorithmically generated $200 tickets. 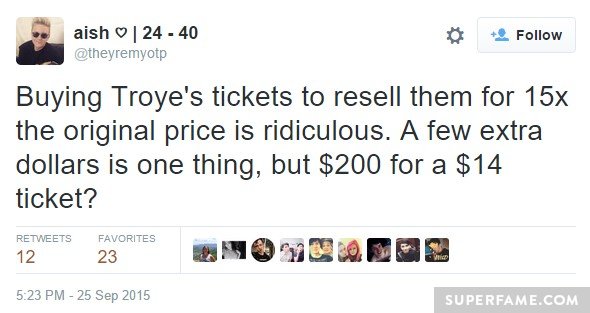 Some didn’t know Troye was popular in the first place.

Many begged for more dates.

Some fans were also peddling their wares at marked-up prices on Twitter. 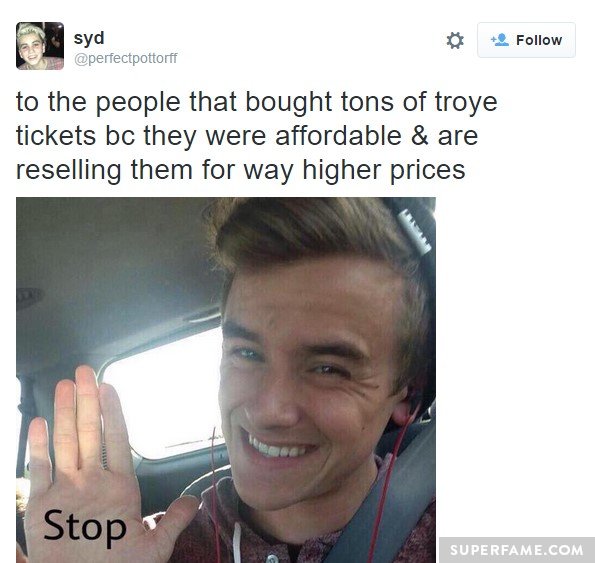 “If you can’t get tickets or do not live in a city that I am visiting, do not stress! I’m going to be playing loads more soon. Excited to see you,” Troye tweeted. 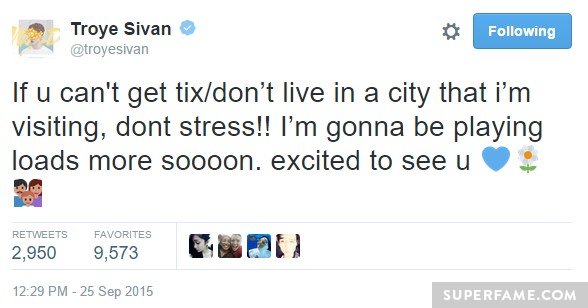