Twaimz and Shane Dawson had a misunderstanding. (Photo: Instagram)

There was a misunderstanding between Twaimz and Shane Dawson, after Shane mocked Issa’s first video in his Watching YouTuber’s First Videos series.

Related: Where did Twaimz disappear to?

At first, Shane Dawson thought Twaimz was joking about being upset – but Twaimz later confirmed that he wasn’t. Twaimz also deleted the video that Shane mocked, which resulted in his fans attacking Shane.

Twaimz has recently been having a hard time, with many sleepless nights. “Two days ago, my grandpa passed away,” he said in a previous video.

In the fifth installment of his series Watching YouTuber’s First Videos, Shane decided to watch an early video from Twaimz.

“This is literally Lohanthony,” he began.

“Is that how he talks? Oh my god, the eye roll to the back of the head, I’ve seen that before. Not by them, but from my grandma for when she was dying.”

“Also, what my grandma said before she died. Hey Jesus, in the first five seconds, you will tell I’m a crazy b****.”

“The eyeroll to the back of the head is terrifying me. It’s like my grandma is dying over and over again.”

“Maybe that’s why you don’t have friends.”

“What is this? This is like the worst Match.com video ever.”

Twaimz tweeted Shane. “Just would like to let you know that you ruined all the remaining self-esteem that I had.”

Twaimz also deleted the video Shane reacted to, and tweeted fans. “First of all, you have no idea why I didn’t find it funny, and two, fuck off.” 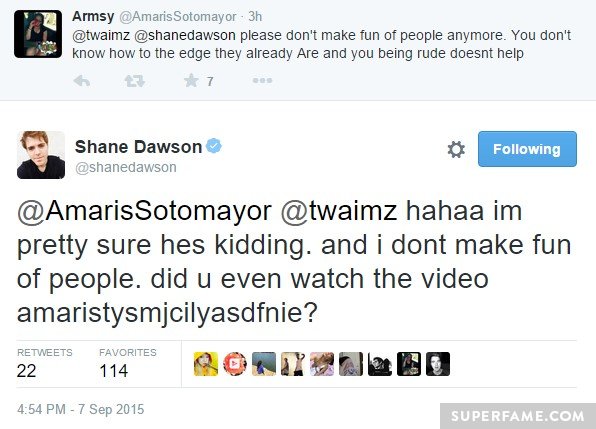 When Twaimz fans told Shane that Twaimz was being serious, Shane went on the defense. “I would like you to give me one line from my video that was mean. I can’t find any.” 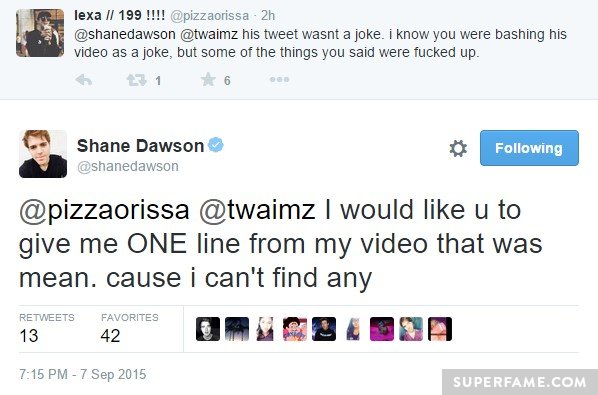 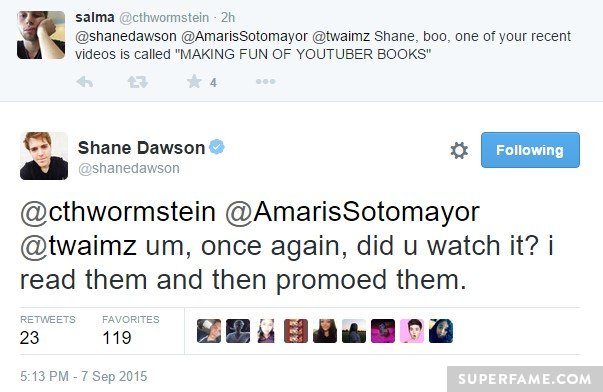 “What the fuck?” Shane tweeted. 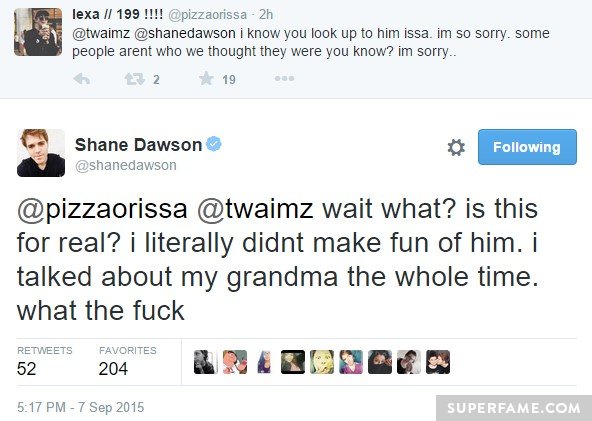 Twaimz Fans Go in on Shane

“Fuck you Shane! His tweet wasn’t a joke. Some of the things you said were f***** up. Shane you just lost a fan!” another said.

Twaimz & Shane Clear up Their Misunderstandings

Twaimz later revealed that it was all cool. “We talked it out, don’t worry. Just a bunch of misunderstandings, and me recently being an emotional mess.” 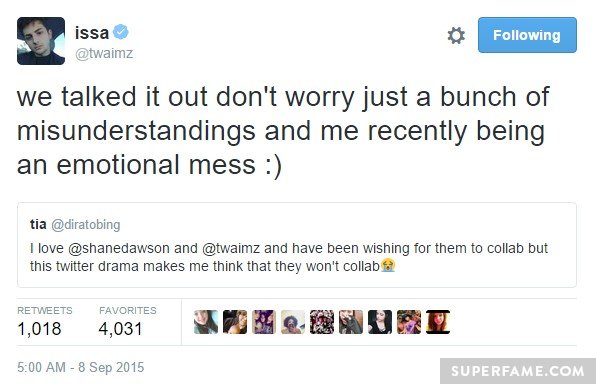