Freelee is still not a fan of meat eaters. (Photo: YouTube)

Vegan YouTube star, Freelee the Banana Girl, recently declared that all meat and dairy eaters should be forced into being vegan – or face death.

Freelee is far from the only high-profile YouTuber who has voiced controversial vegan-related views. For example, Smosh’s Anthony Padilla compared meat-eating to The Holocaust and slavery, late last year.

Freelee Wonders If Non-Vegans All Deserve to Die

Freelee posted a video titled “Do people who eat animals deserve to live?”. She later re-titled the video and edited the description in response to criticism.

“Do people deserve to be on this planet if they support the rape, torture and murder of innocent animals by eating them?” Freelee begins.

“I was thinking of something in bed – which I think about quite often!” Freelee says.

Freelee then reveals she often thinks about the death of non-vegans.

“People who continue to eat meat and dairy even if they know the impact of their diet choices on the planet and on the animals…whether they actually deserve to continue living.”

She then rallies against fur houses, slaughterhouses, a*** electrocution, throat slicing and the skull crushing of animals, with a series of graphic photos.

She also admits that she even holds her own beloved family members accountable. “It’s so f****** easy to be vegan!”

Although Freelee is pro-choice, she doesn’t think there should be any choice when it comes to meat-eating.

“You shouldn’t have a choice! You should be FORCED to be vegan.”

YouTuber MrRepzion created a video response, and rallied against certain vegans having “a stick stuck so up their a** that they think they are more moral of a person…so self-righteous in their own disillusioned mind”.

The overwhelming majority of comments were highly critical. “You’re a f****** nutcase. Take your religion and shove it up your a**,” an angry fan fired back.

However, some fans also agreed with her views on forced veganism.

Freelee’s video was so controversial that people actually decided to unsubscribe – but Freelee was very happy. 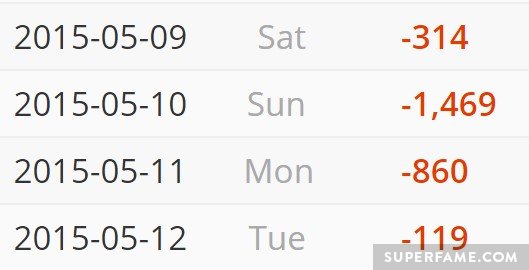 “After that video yesterday – I received a LOT of hate! …I’m a hateful b****? They’re coming to MY channel, being hateful themselves! Hypocritical!”

“Think before what you say before you actually say it, because it sounds ridiculous!”

“I lost about a thousand subscribers and I’m HAPPY about it! I don’t want MEDIOCRE MINDS following me…don’t come back! Ciao! …I know you’ll be back…sit the fuck back down.”

Do you agree with Freelee that non-vegans should be forced into veganism?