Last year, Carter Reynolds was banned from VidCon after that whole sex scandal. But this year, Carter crashed the party with a surprise appearance.

Don’t remember all that drama? Click here to relive it. In short, Onision started a Twitter campaign to kick “predator” Carter out of the event, and Hank Green decided to get security to remove him from the venue. Carter then went on a vicious rant and ripped the event for banning him.

However, he decided to pop back for a little visit this year – although he’s still banned.

Carter Reynolds Thanks Fans for the Positive Reception at VidCon

For just 15 minutes, Carter Reynolds rode the escalator at VidCon as fans shouted his name for selfies. Last year, fans were chanting, “Fuck you, Carter!”

However, this time around, fans were largely positive. Have people forgiven him already?

He took to Snapchat to record his short ride, with shots of tons of people staring up at him.

Carter even had time to take selfies with his supporters. 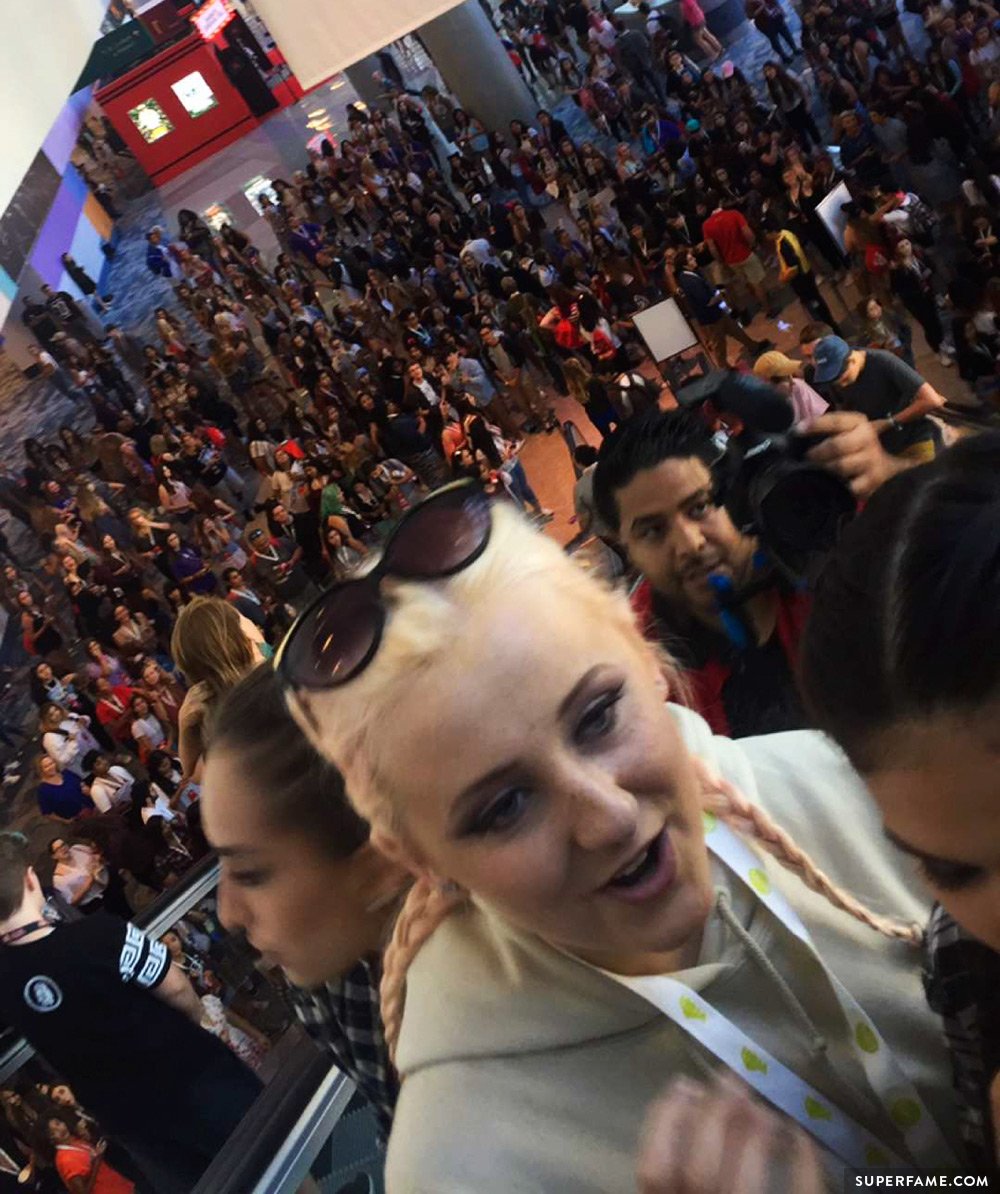 He praised fans for “giving him so much love”. On Twitter, he said that he heard a ton of positive comments, instead of negativity like last year.

However, it looks like the VidCon ban is still in effect.

He was only there for fifteen minutes! Do you like Carter Reynolds?