Did model Steven Kelly, who was once punched in the face on the street, just expose Ethan Dolan and Meredith Mickelson’s romance on Twitter?

Although neither of them have ever confirmed anything, fans of the Dolan Twins are probably very familiar with model Meredith.

However, fans also believe they might have already broken up a few months ago. Read on to see why.

Steven Kelly was just on Twitter when he decided to reply to some Dolan Twins fans. Ethan and Meredith were tagged. He wrote, “Just like he did not tell you guys they were together for months!” 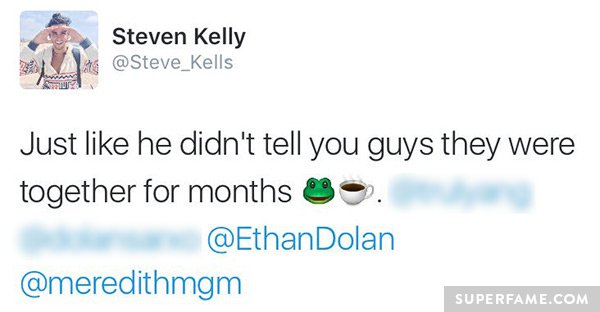 It is unclear why Steven, who appears to be friendly with both Meredith and Ethan, revealed that.

Why Do Fans Think Meredith & Ethan Were Supposedly a Secret Couple?

Despite never revealing their relationship, Ethan and Meredith unintentionally dropped many hints.

For example, they would sometimes pull a Joey Graceffa and post social media posts at the same romantic locations, but never show each other. Here’s one example of them on a date. “Went on a date night!” Meredith tweeted.

The duo didn’t like to take photos together showing their faces. Here’s Ethan grabbing Meredith’s face on the right. On that particular day, another photo revealed that he was wearing the blue vest top.

Meredith often hung out with both Grayson and Ethan. You can see the top of her bun at the very back of this woman’s selfie.

Some fans thought they wore matching gold couple rings. However, these are actually different brands and designs.

They did appear to enjoy sharing fashion tips with each other!

Fans Think Ethan & Meredith Probably Broke Up a While Ago

In around April this year, Meredith kept posting mysterious tweets.

One time, she begged fans to stop assuming she was dating “that kid”. “I want everything drama-free.” 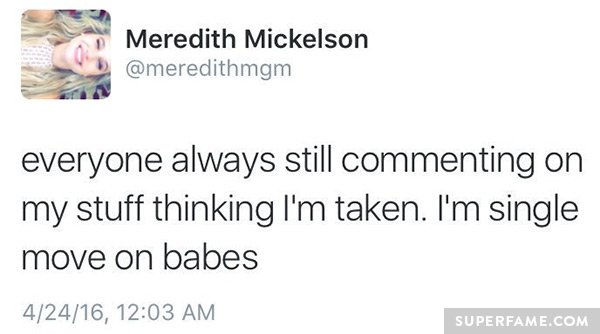 Both Ethan and Meredith were also a little sad and contemplative on social media at around the same time. 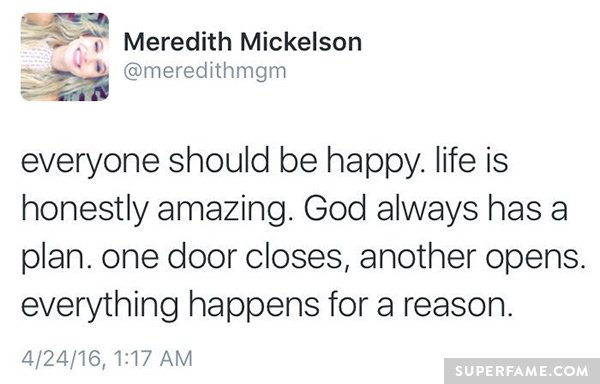