After Connor Franta decided to publicly come out as gay in a YouTube video released today, fans have taken aim at poor bystander Joey Graceffa.

Despite believed by many fans to be gay or bisexual, Joey has yet to officially confirm his sexual orientation.

Fans have previously linked Joey with fellow YouTuber Doug Armstrong (who recently came out as gay), a model, and writer Daniel Christopher.

Upon Connor’s coming out, Connor was immediately met with public support from hundreds of YouTube personalities, both major and minor. Joey was completely silent.

Joey’s silence was especially deafening, considering that every single one of Connor’s close friends sent him a message of support.

Due to his silence, fans took it upon themselves to ask Joey his opinion on Connor’s coming out. 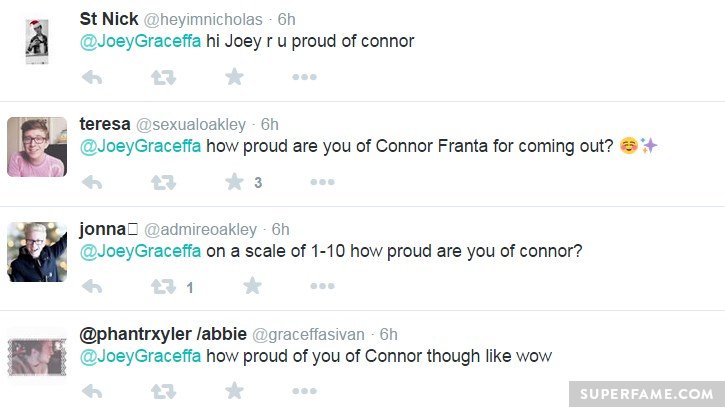 In fact, this topic was so popular that searches for “joey graceffa boyfriend” and “joey graceffa coming out” immediately dominated the popular search results, shown below. 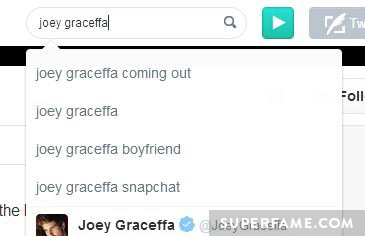 Joey Graceffa was suspiciously silent on the matter.

However, it should be noted that Joey is likely to have already expressed his support in private, as they were hanging out mere days ago.

Fans were still quite confused why Joey did not bother commenting on such a momentous occasion in his close friend’s life.

Joey Graceffa found time to do a tweet spree and reply to fans, meaning that he was not busy – and decided to intentionally ignore Connor’s coming out on social media. 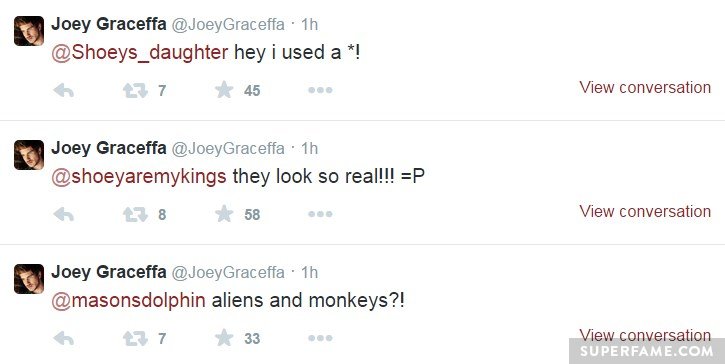 Fans Pressure Joey into Coming Out

The notoriously private Joey could not have been happy to see the relentless outpouring of messages pressuring him to admit his sexual orientation. They were inescapable.

They were found on Twitter, on Connor’s coming out video, and even on his own vlogs.