It's over! Our Second Life is no more. (Photo: YouTube)

O2L is done. However, fans have been expecting an O2L breakup for quite a while. It started when the Beyonce of the channel, Connor Franta, decided to ditch O2L and come out as gay.

O2L doesn’t seem to be very sad about it – since they recently celebrated with in an insane New Years’ bash.

If Connor is the Beyonce, then Sam Pottorff is the Michelle Williams – who most fans consider the weak link of O2L due to his “low quality” videos and lack of enthusiasm. There have also been rumors of bad blood between the various O2L members and Sam. Sam even snubbed Connor’s coming out, by completely ignoring it.

O2L Announces That They’re Over

“I think we should end this channel on a high note,” JC says in the video. Ricky adds that they are too busy with other individual activities to care about the main O2L channel.

Fans & YouTubers React to the Announcement

Many fans were very shaken by this announcement, comparing the situation to Connor’s coming out. “My life is over,” they said as they contemplated suicide.

Some relied on O2L to know what day of the week it was.

Many fans used photos to describe their deep emotional states. 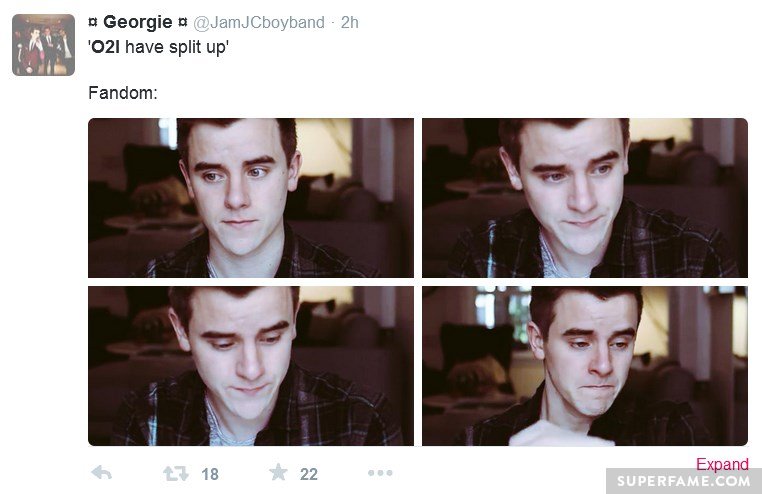 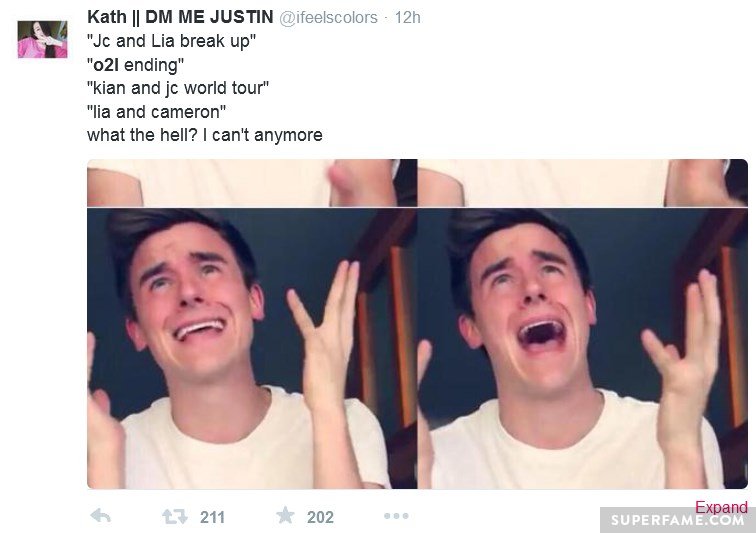 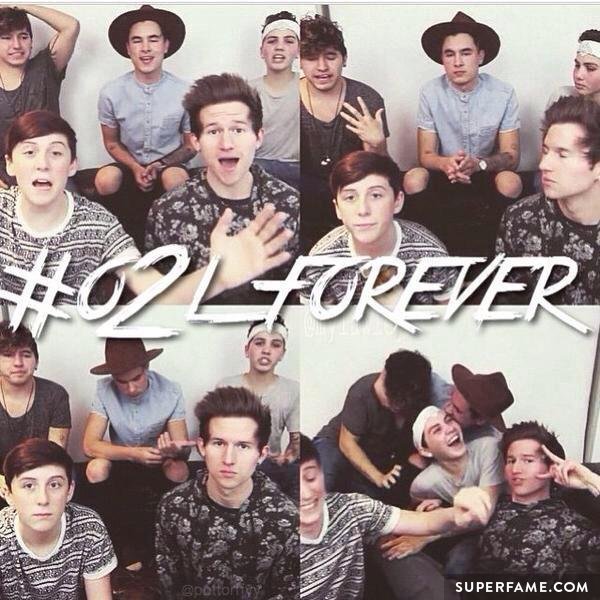 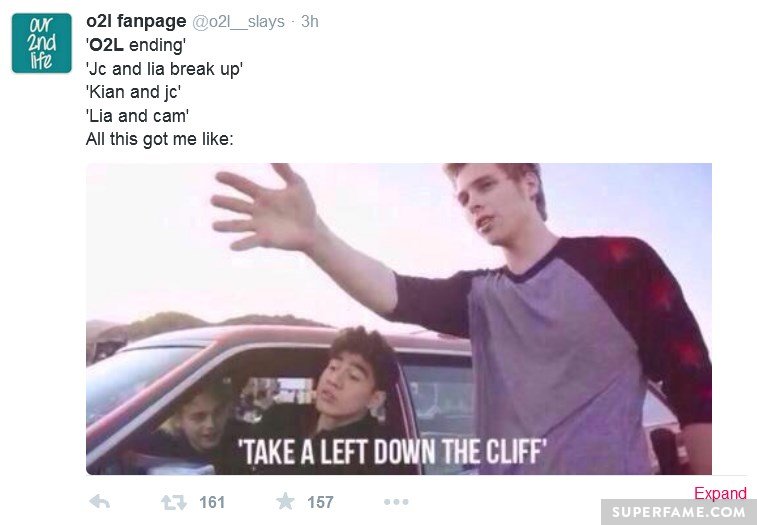 Even YouTubers from O2L-replica groups like SDK decided to pay their respects.

Other small YouTubers were shameless – using the breakup as a ploy to get attention and more subscribers. 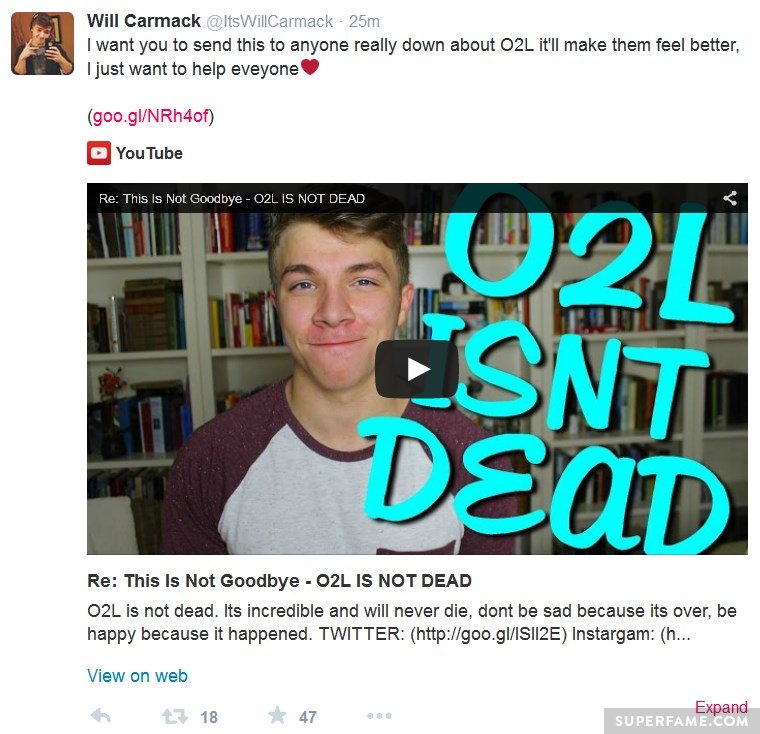 In fact, O2L managed to trend worldwide – although not for very long. 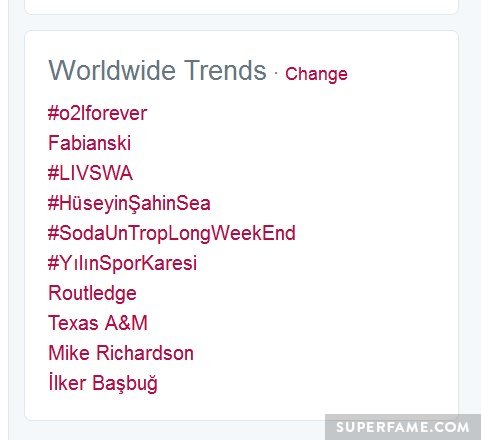 Shane decided to lighten the mood, and even said he wanted to make a video of Shanaynay mocking them.

Ricardo Ordieres was also a part of the O2L channel – but decided to ignore the fans that asked him to comment.

According to Ricardo, he quit the channel to focus on becoming a radio personality. However, many fans say that he was kicked out, after they realized he was only using O2L for fame.

Ricky Dillon previously branded Ricardo a “rude, two-faced, fake user” that’s “not a good person and only thinks of himself” on a Tumblr post.

On the other hand, ex-member Connor Franta was very grateful for the experience.

What’s in the Future for the Boys?

“All of us are doing our own individual thing right now. We’re so busy,” JC says.

The boys claim they will post more videos on their personal channels, and that they’re still friends. Three of them will still live together in the O2L frathouse.

Many are skeptical that Sam will be posting anything on his personal channel – but he has also announced new music elsewhere. His channel has already been hacked multiple times this year, with Sam barely noticing. In fact, Sam’s YouTube channel is currently hijacked by a random beauty guru that renamed it “Solange Glam TV”.

Trevor Moran, who is best known for being put on a stretcher and dancing to “Sexy And I Know It” on X Factor USA, is likely to continue with his love of music. He once even claimed that he didn’t mind if fans pirated his songs, as he cares more about the music than the money.

Ricky Dillon has also said he will be putting out more music “for fun”, and possibly engaging in more dance lessons, as he has expressed embarrassment when his fans criticize his dancing.

Are you sad or happy that O2L is over? Comment below.