Joey Graceffa, who came out in his new book, became upset with a cynical subtweet from fellow gay YouTuber Ethan Hethcote.

Ethan Hethcote and boyfriend Mark E. Miller appeared to insinuate that Joey capitalized on his sexuality, in a series of very vague comments.

This is not the first time Joey has been criticized for his business activities. Trisha Paytas once expressed shock that Joey Graceffa wanted to charge fans for free videos.

Mark E. Miller Comments on a Joey Video: “Capitalizing on Your Sexuality…Also a New Twist”

Around a week ago, Mark E. Miller commented on a Joey Graceffa vlog. Fans weren’t sure if it was meant to be a shady comment, or an innocent observation.

“Capitalizing on your sexuality…also a new twist on the twenty-first or whatever century we were in,” he said.

As of writing, it’s still up.

Mark’s boyfriend Ethan tweeted cryptically, “Don’t wait to be yourself… But if you do, might as well wait until you have 5 million followers and a book deal.”

Although he didn’t mention any names, fans thought the insinuation was obvious – as Joey Graceffa currently has around 4.9 million YouTube subscribers as of writing.

Although no names were mentioned, Joey Graceffa clearly thought it was about him.

Joey tweeted directly at Ethan, “It’s unfortunate to see someone in the LGBT YouTube community spewing negativity. Practice what you preach.” 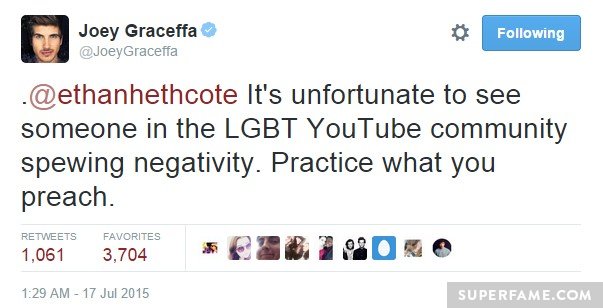 Joey made sure to @ him, and also added a period before the @ mention – to ensure that more of his fans would see the tweet. 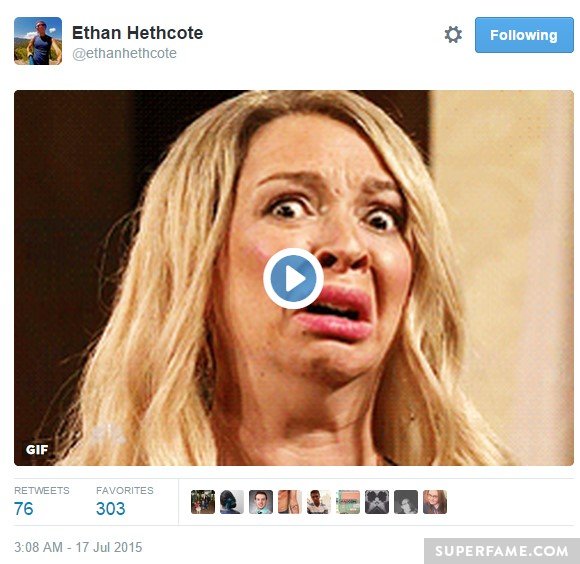 Fellow gay YouTuber Neil McNeil appeared to co-sign Ethan’s tweets, and wished him good luck during the onslaught. “May the odds be ever in your favor.”