Kalel is very creative in finding new and undiscovered ways to outrage various segments of the public, so it’s not a surprise that fans think she has found a new line to cross.

Kalel, who is currently single and looking for men, recently tweeted that she wanted to date Megan Fox’s two-year-old son – which prompted fans to call her a “pedophile”, “gross” and “disgusting”.

Related: Pewdiepie also got into trouble for a “pedophilia” tweet when he made this off-color joke.

For some reason, Kalel decided to tweet, “He’s only like, two, but I already want to date Megan Fox’s son.”

She added the folded-hands, praying emoji and a lovestruck emoji to emphasize her point. 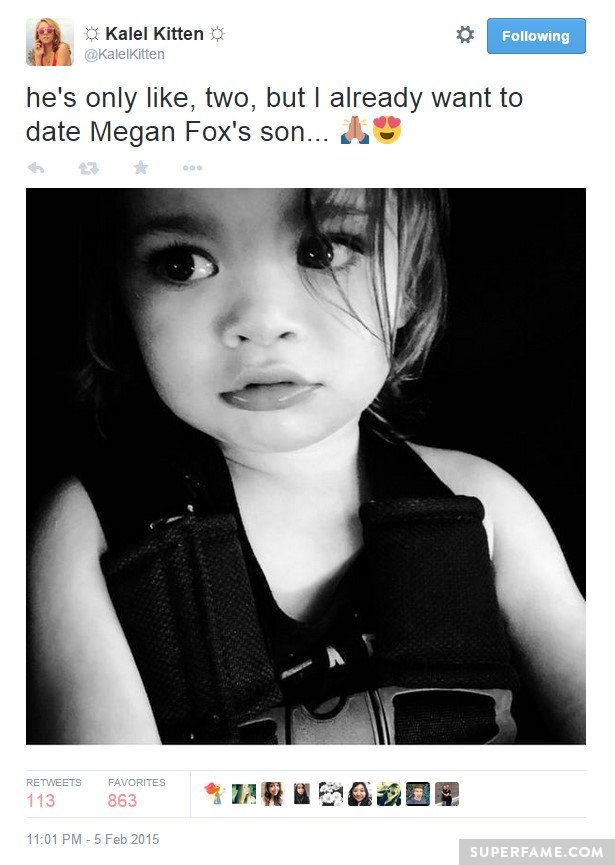 This is also not the first time that Kalel has made this category of joke, and once posted this photo on her Instagram. 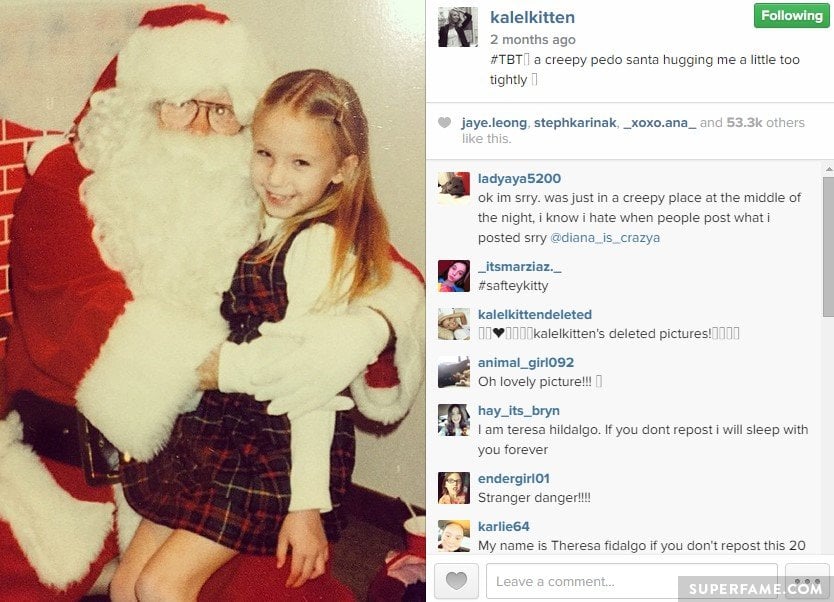 Fans Are Grossed out, Call Her out for Sexualizing Children

Not surprisingly, fans expressed disgust at her decision to tweet her message. 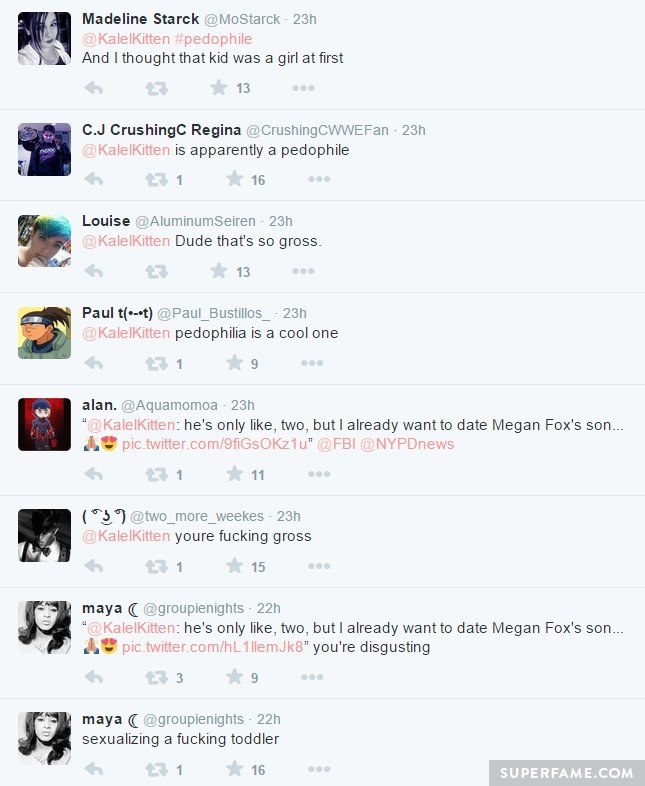 Others called upon Google to find out how to report people to the FBI. 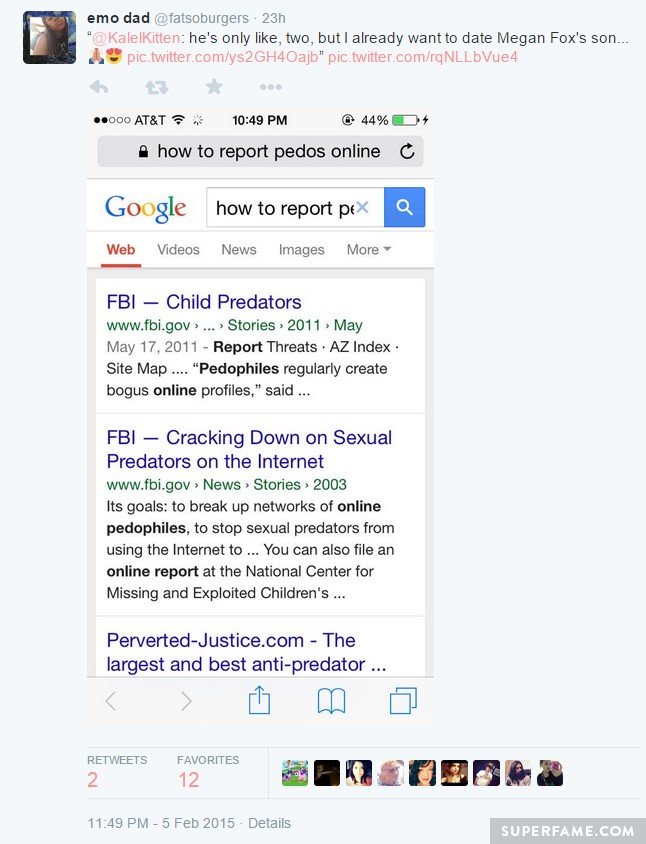 Not everyone was grossed out, though. Some accused the “haters” of “not having a sense of humor”.

Do you think this is a harmless joke, or a disgusting tweet?