Nash Grier has officially pledged his support towards the NoH8 campaign, just days before he is set to appear at the White House Correspondents’ Dinner on April 25th.

Fans are currently fighting over Nash’s sincerity and intentions in his Twitter mentions – with some claiming that Nash is genuinely showing affection for the gay community. However, detractors are saying it’s simply a public relations tactic to pre-empt potentially negative media attention during the event.

And does it even matter?

Nash Grier posted a photo of him participating in the NoH8 campaign – which currently fights for human, gender and marriage equality via various channels like social media and education. 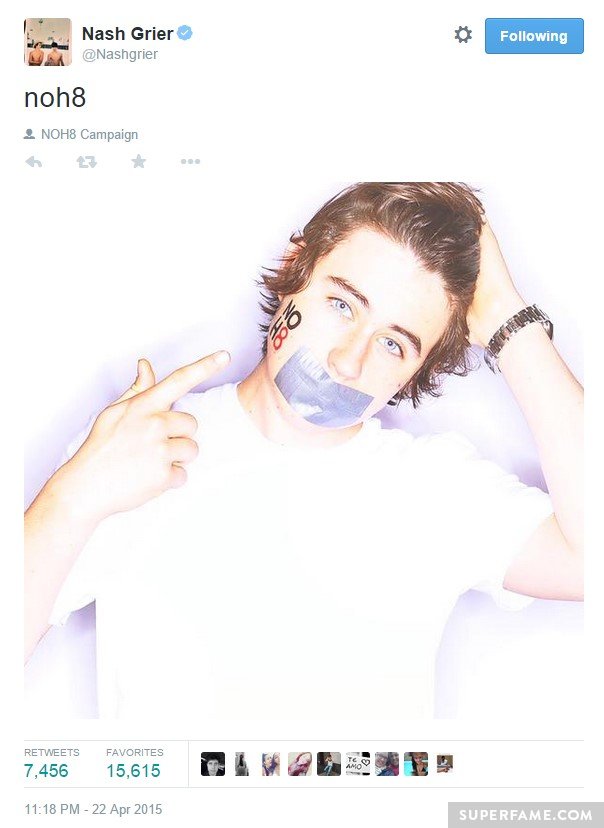 He can be seen grabbing his hair and pointing, with his mouth taped shut with duct tape. He posted the photo twice, because he accidentally forgot to tag the NoH8 Campaign.

Despite already apologizing multiple times for his homophobic insults, Nash is still unable to shake off the stigma that follows his name.

Therefore, it is understandable why Nash feels the need to constantly prove himself.

As of writing, the most popular reply is still gaining in favorites and retweets. “D***, remember when you talked s*** about gays?” an Ariana Grande fan replied to Nash’s tweet.

Other popular replies were equally critical of Nash. “Then stop hating on gays,” another popular tweet said.

The prominence of the tweets also drew a slew of defenders.

One fan defended Nash by saying that the homophobia was old news.

“D***, didn’t your parents teach you to forgive but never forget?” one fan sarcastically replied to a detractor. 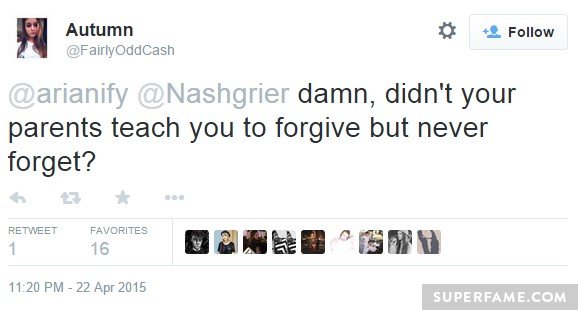 Others weren’t so lenient on Nash. 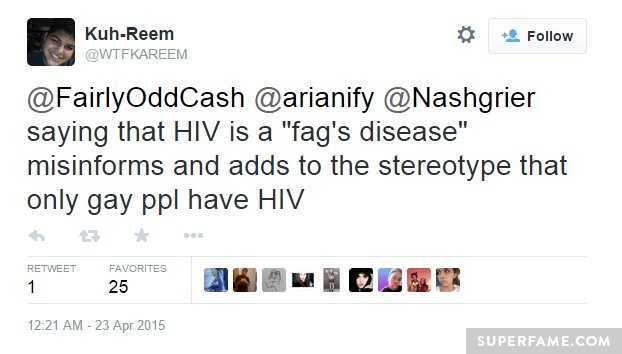 “Fan girls like you make me want to jump off a 90 story building,” said another popular tweet in reply to a defensive Nash fan. 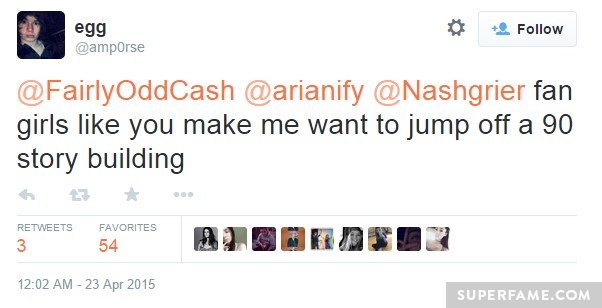 Is Nash Grier a changed man?