Taylor, who is currently facing multiple felony charges following a home raid, typically charges fans $20 for an autographed poster at these events. There are currently six more dates scheduled for September.

“We are representing the people,” @RLBRLN posted on Twitter. 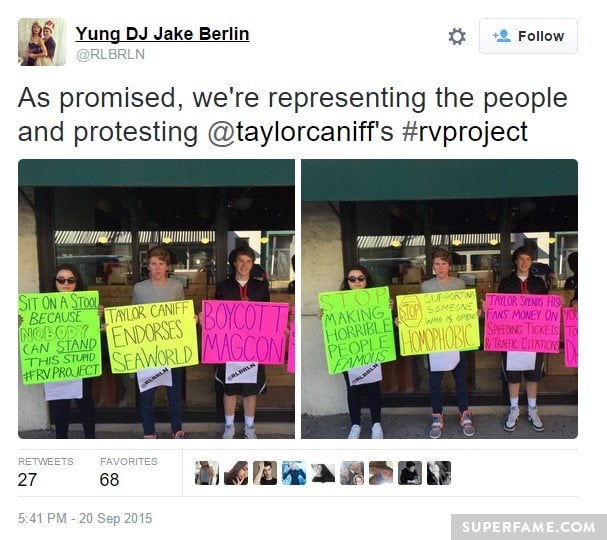 “Taylor spends his fans’ money on speeding tickets and traffic citations. Your $20 is going toward Taylor’s drug habits. Sit on a stool because nobody can stand this stupid #RVPROJECT! Taylor Caniff endorses SeaWorld.”

“Someone called the cops – six police officers showed up, then let us continue protesting,” @RLBRLN tweeted.

They said that Taylor Caniff saw their signs, and allegedly flipped them off.