Caitlyn Jenner is currently taking the internet by storm with her Vanity Fair debut, and a photoshoot by Annie Leibovitz.

Related: Click here to see how YouTubers previously reacted to Caitlyn coming out as transgender.

She reveals that the shoot felt so much better than winning that gold medal at the 1976 Olympics. “That was a good day, but the last couple of days were better.” 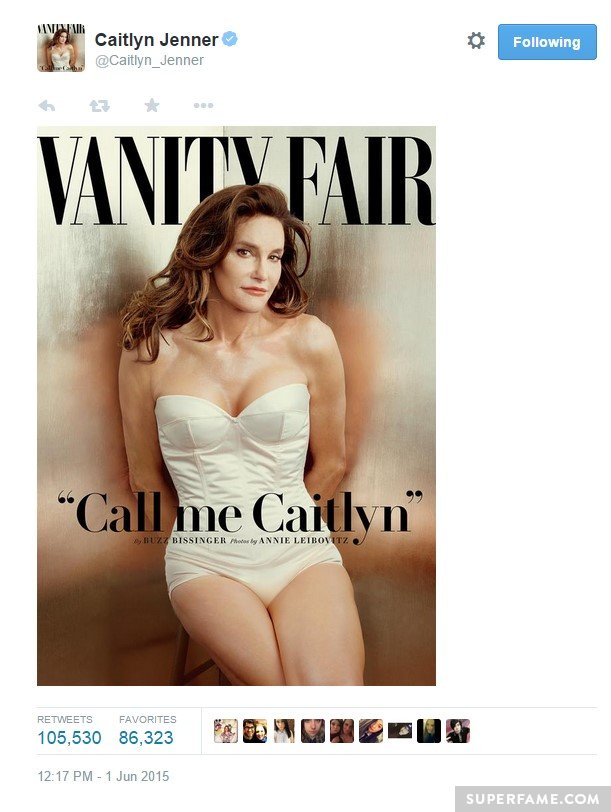 After joining Twitter, Instagram and Facebook, Caitlyn is racking up the followers at an impressive rate. In fact, news of her new name has already overshadowed Kim’s pregnancy announcement.

Gigi Gorgeous, who was previously in tears over Caitlyn’s original announcement, told Caitlyn to “slay them dead”. 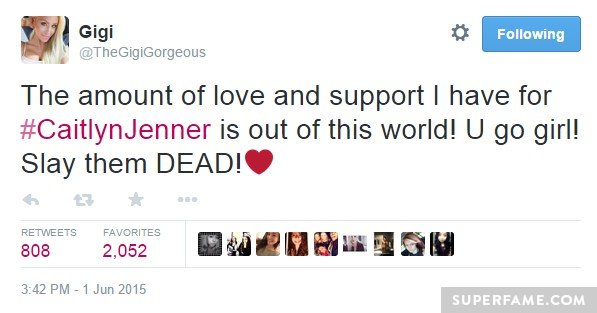 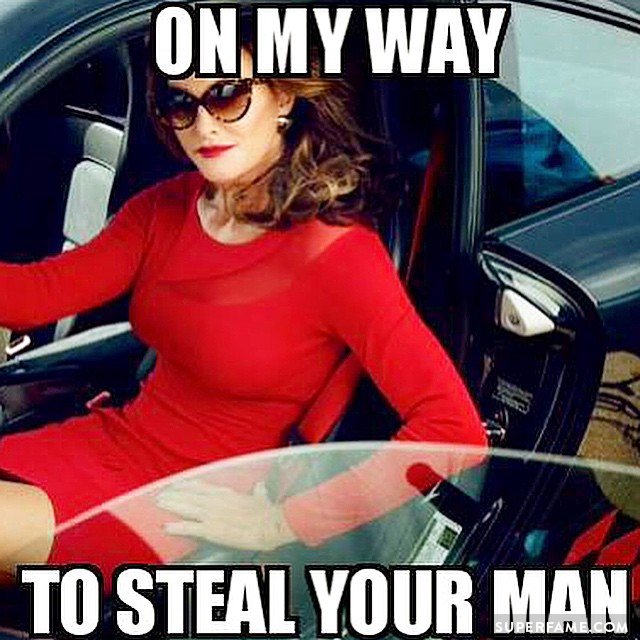 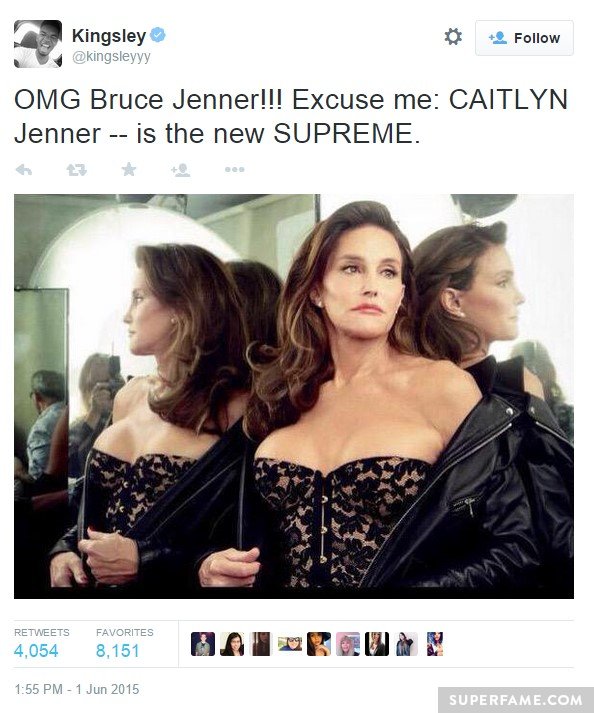 Joey Graceffa, who never tweeted anything LGBT-related (even ignoring Connor Franta) before coming out, was a changed man.

Aaron Rhodes was amazed, “Seeing this makes me so happy!” 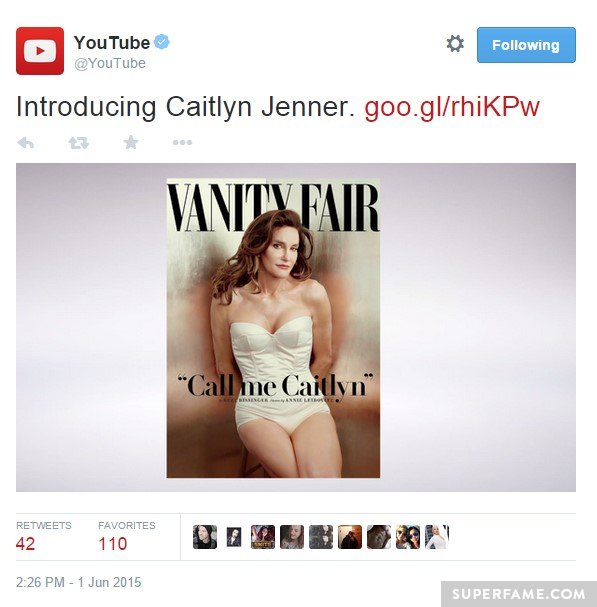 ThatSoJack thanked Caitlyn for changing the world, “Such a beautiful and courageous soul.” 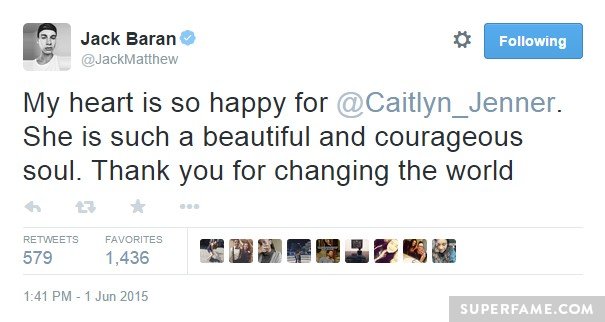 Neil McNeil said, “What a way to kick off Pride Month.”

Lohanthony was beside himself. “BOW DOWN TO HER!” 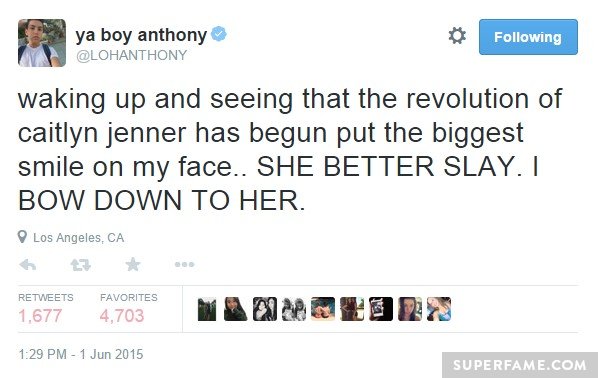 Chris Thompson drew comparisons to Jessica Lange and rushed out a video. 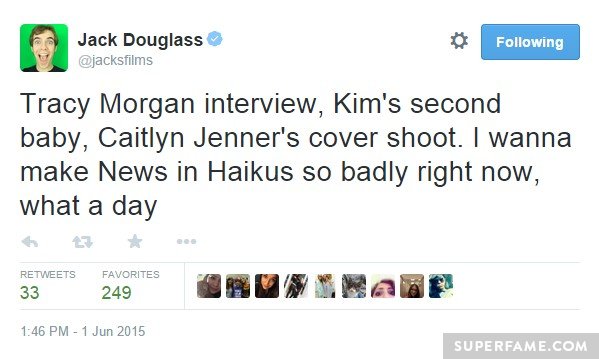 Franchesca Ramsey wanted to praise Caitlyn for not going down the “K” route.

Emma Blackery started a competition. “Caitlyn Jenner is prettier than all the Kardashians and other Jenners combined.” 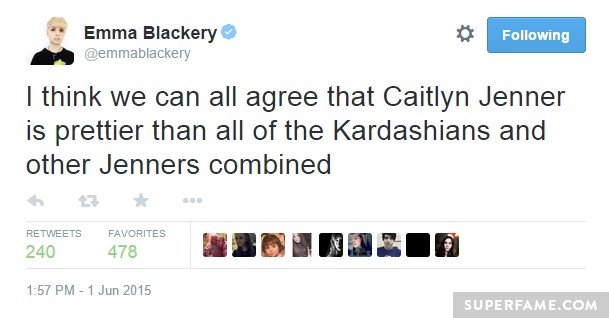 Joey Graceffa’s boyfriend Daniel Christopher was one of the first to react to the news.

BriBry hoped for a day when a “gender change won’t be news”. 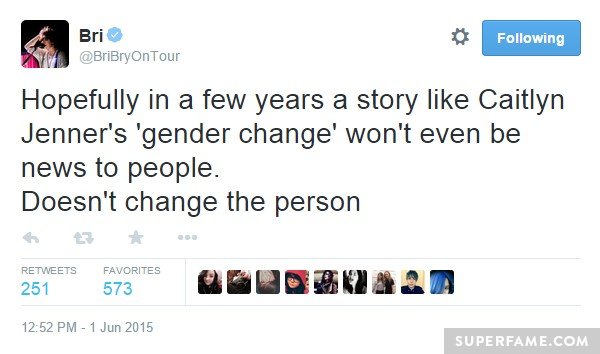 Arden Rose said she was less beautiful than Caitlyn. 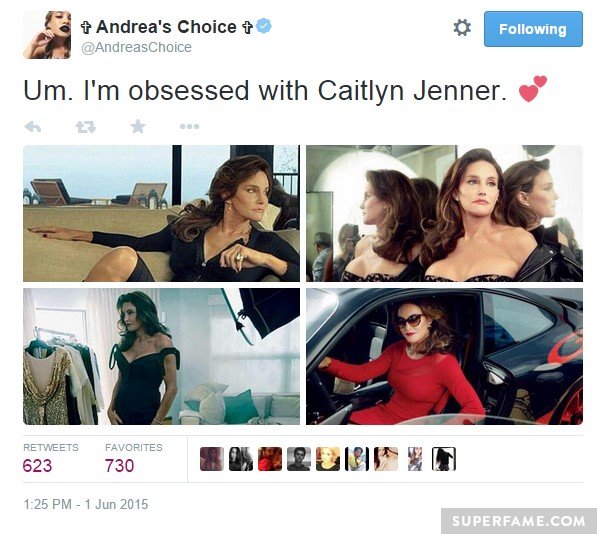 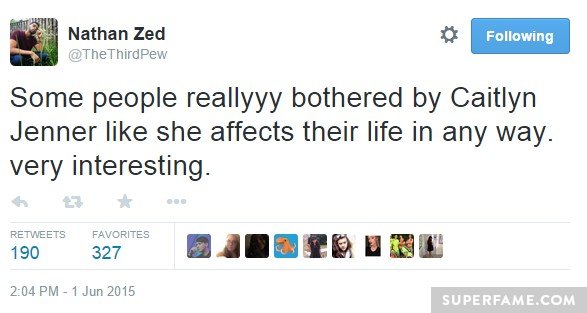 Phillip DeFranco managed to rush out a video.

Matthew Fawcus was slayed by Jenner. 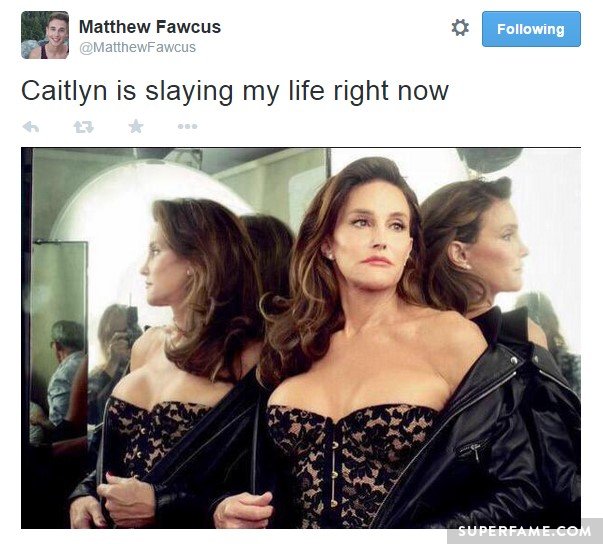 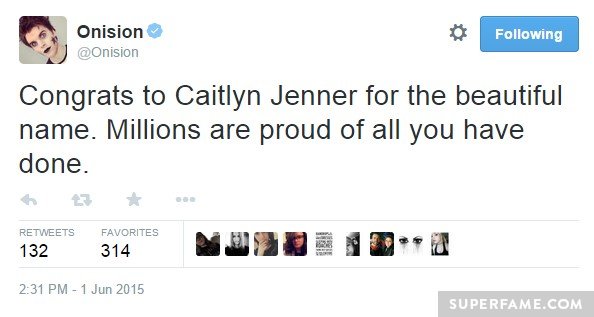