Hayes made the mistake of linking the Twitter account to his actual personal email address – the same email connected to his Instagram account. Because of this, fans found it after their iPhones made the automatic connection. How the fans got his real email is another story.

Additionally, some of his real-life less-famous friends tweeted at the account! Hayes quickly deleted his secret @hazeandzan account this week after word got out and a ton of fans followed him.

Here are some of the things we learned about Hayes!

It’s no secret that Hayes loves girls. It was very evident from his tweets! “I have popped more cherries than I have eaten,” he claimed.

Hayes does not seem to be a fan of Pierre Balian, a fellow “internet personality” who runs in his circles – and is close with Carter Reynolds.

Hayes constantly replied to Pierre’s tweets, mocking him for being a hanger-on leech. Ouch!

Hayes’ and Nash’s love of smoking is no secret. In fact, Hayes’ dad jokingly chastised him on Twitter after he recently tweeted about 4/20.

He posted various photos of different blunts. “We stay smoking them fatties!” 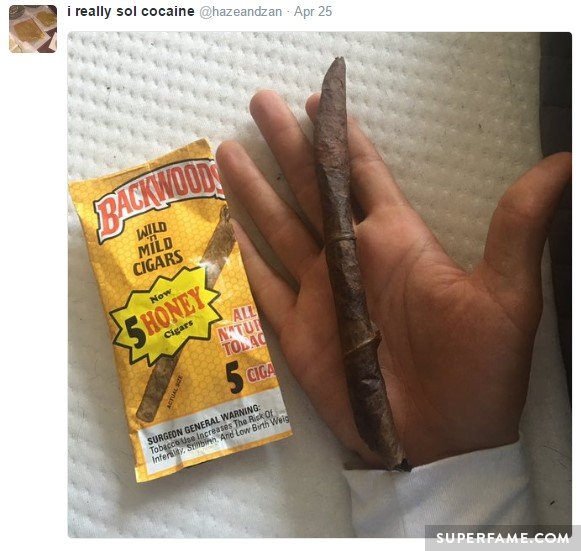 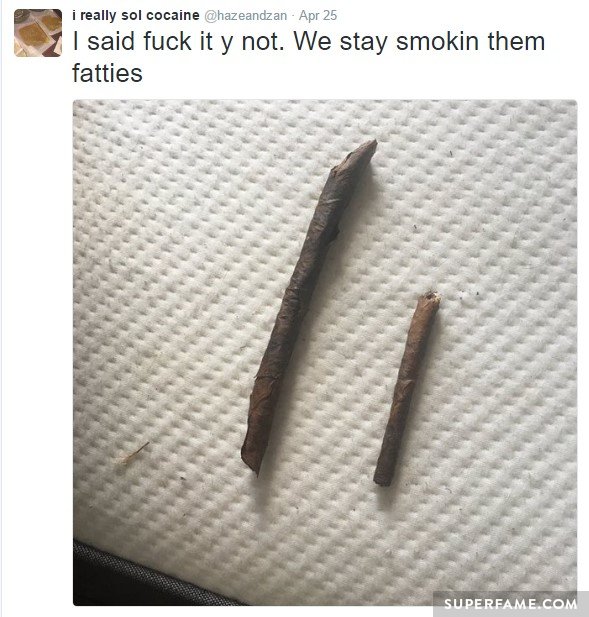 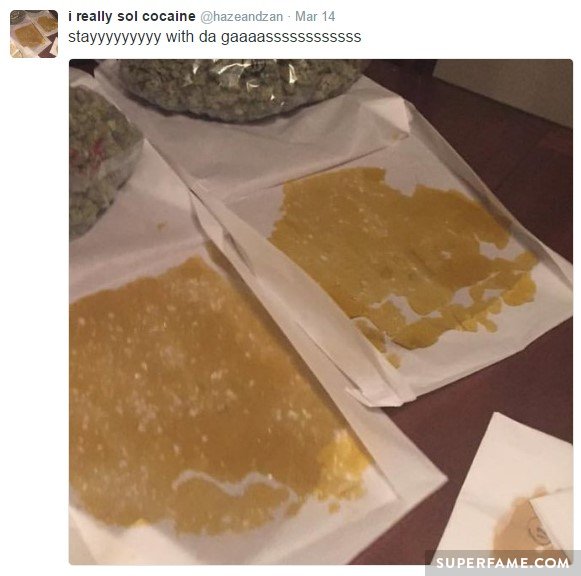 He often tweeted some tough tweets.

“Thuggery!” We got a badass over here!

5. These Are The People He Followed

Who did he follow? Kanye West was the first person the account followed. He also kept up with his fellow smoking buddies Sammy Wilk and Skate Maloley. Tez, Jake Foushee, Twan Kuyper, Kenny Holland, Aaron Carpenter, Taylor Caniff, Cameron Dallas, Lele Pons, Matt Espinosa, Jack and Jack and Shawn Mendes were some of the other people he followed.

He also followed some close family members – as well as his Dancing with the Stars partner Emma Slater.