Carter Reynolds has called out ex-girlfriend Maggie Lindemann in an expletive-filled tweet.

Related Update: A controversial x-rated video of Carter and Maggie has leaked.

Carter Reynolds was recently dumped by Maggie Lindemann on the day his dog died. This is also not the first time Maggie has dumped him.

Carter was also previously dumped by Maggie after he readily admitted to sexting another girl. 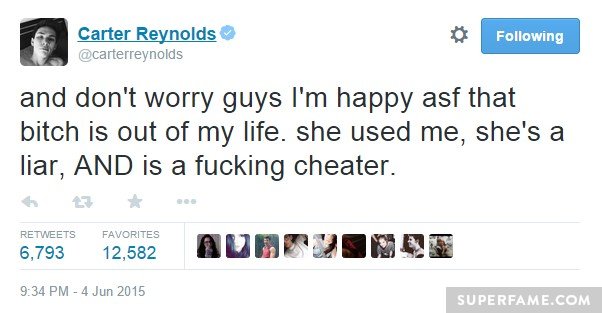 Although he did not specifically call out Maggie Lindemann out by name, fans knew exactly who he was talking about.

“There comes a time when you have to stop crossing oceans for people who wouldn’t jump into puddles for you,” he continued. 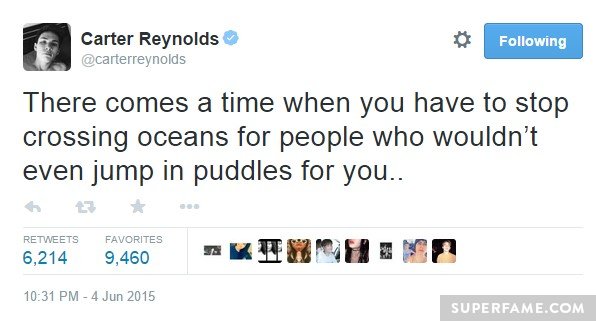 “Finally the light has shined down on you,” was another one of his favorites.

“Carter deserves someone who will always consider his feelings,” another fan said. “Someone who doesn’t care how famous he is, or how famous he’s not.”

How Did Maggie Lindemann Respond?

A few minutes after his original tweet branding her a “lying, cheating b****” – Maggie appeared shocked on Twitter.

However, she refused to give Carter any further attention – and instead, praised her fans.

“I’m happy, so nothing else matters!” she defiantly tweeted.