It appears that there’s nowhere to go but up for the controversy-loving Carter, who is hoping that his official apology will get fans back on his side (updated below).

After all, even Nash Grier managed to be forgiven by fans after his long history of homophobic abuse. Nash was recently hired as a creative director for DigiTour, boasts massive brand deals, clothing lines and movie star roles.

Update: Carter Reynolds Apologizes for the Video, Defends Himself 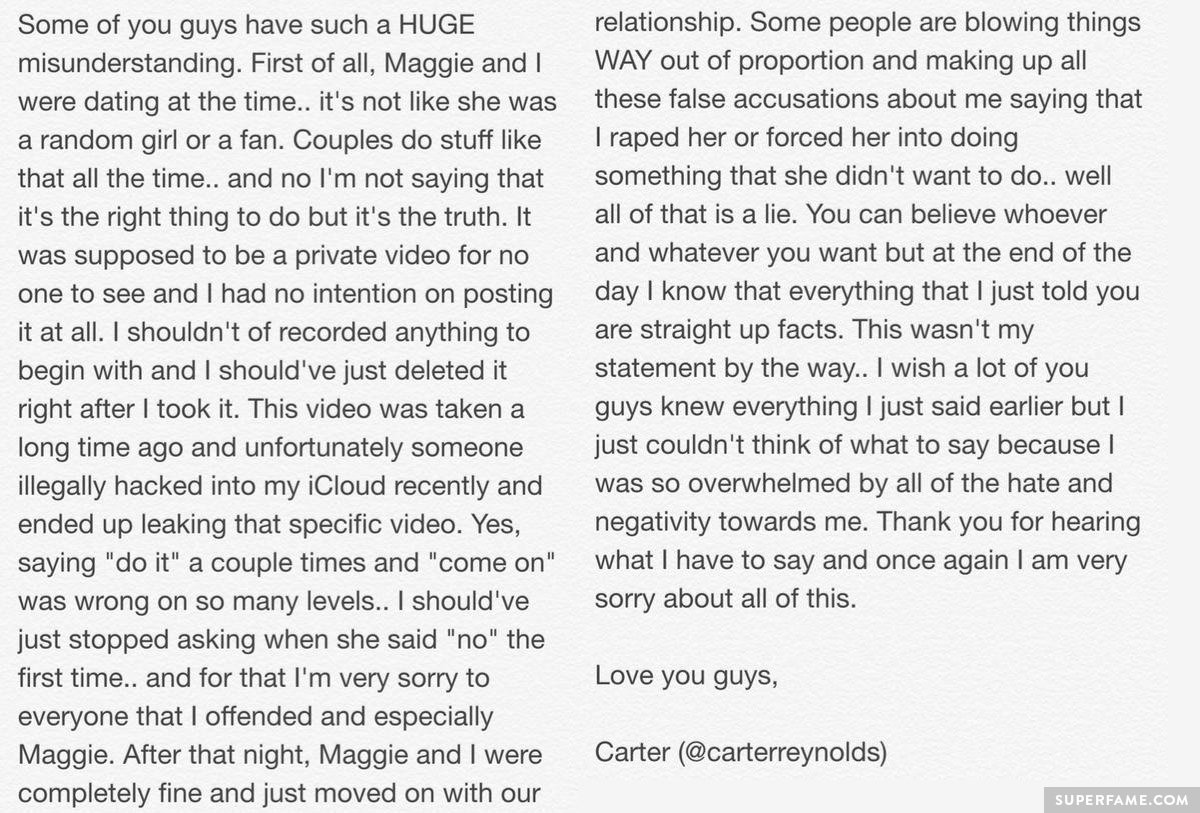 Carter mentions that the video is very old, and that his iCloud was hacked into.

“I should have just stopped asking when she said no the first time. And for that, I’m very sorry to everyone that I offended, and especially Maggie.”

“Some people are blowing things WAY out of proportion, and making up all these false accusations about me – saying that I raped her or forced her into doing something…well all of that is a lie.”

Lohanthony, who regularly takes on Magcon members, is definitely not a Carter fan.

“This is why you don’t support and idolize random f****** teenage boys who serve no purpose on the internet,” he fired at Carter. 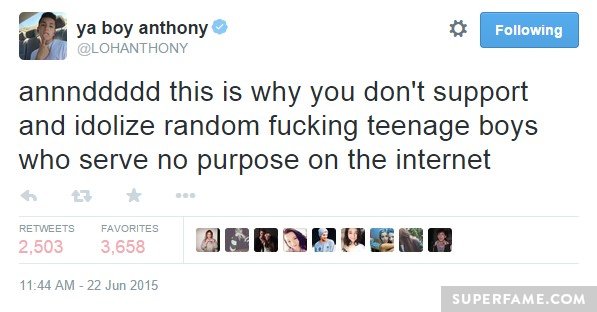 Lohanthony, a polarizing teenage boy on the internet, was forced to defend himself after fans mentioned other people might think of him in the same way.

“I use my voice for good!” he rebutted. 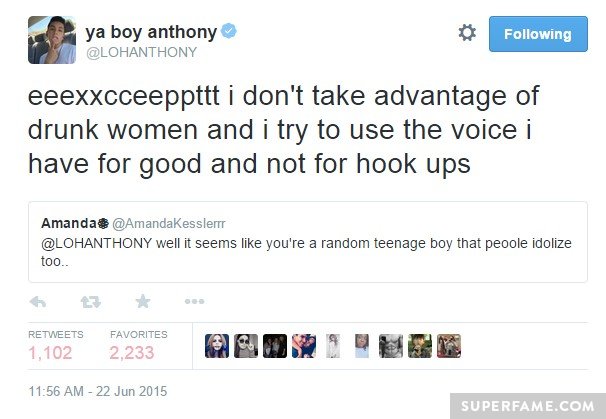 He begged fans to stop retweeting the “sick” video. 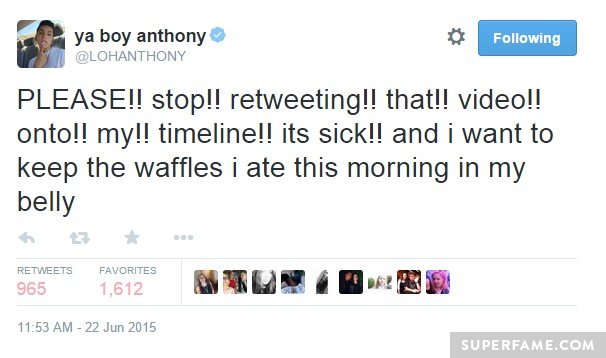 Maggie Lindemann Thanks Fans for Their Support

Maggie Lindemann, who was caught up in the video’s controversy, tweeted that she loved the fans.

18-year-old Jack Gilinsky, who started seeing current girlfriend Madison Beer when she was 15, made sure to stay quiet, in case he got caught in the crossfire.

Some fans also claimed that Shawn Mendes, Matthew Espinosa, Bryant & Nash Grier unfollowed Carter on Instagram – but it is unclear if they were following him in the first place.

The majority of the Magcon boys, with the exception of Taylor Caniff, didn’t say very much.

Taylor Caniff Wishes He Could Unsee It All

Taylor Caniff was more vocal on Twitter. “I was as disturbed as you guys. No means no.” 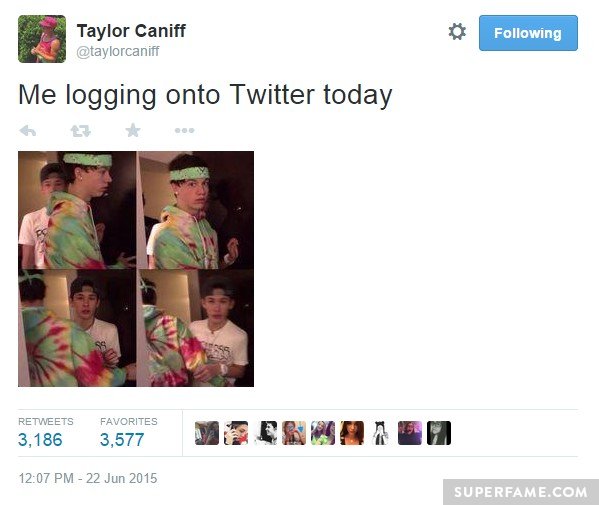 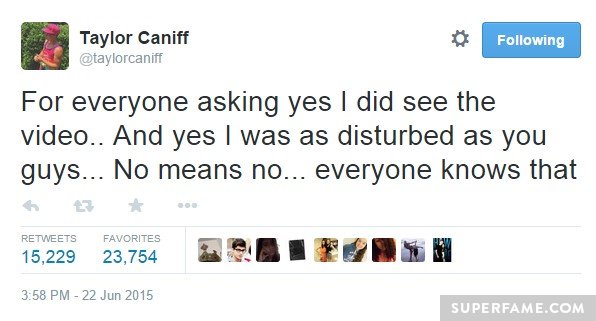 He regretted opening Twitter, and saw much more of his friend than he bargained for. 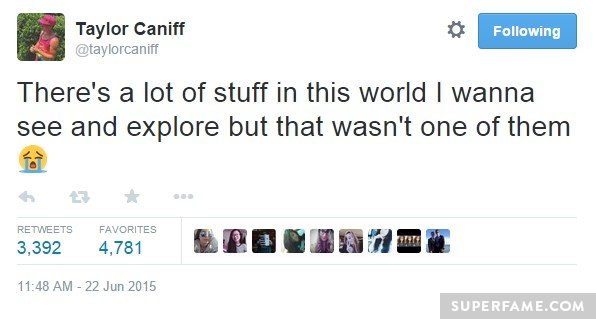 Alex Ramos, who once threatened to punch Carter Reynolds and likes to post nude videos of himself, mocked Carter’s nude video. 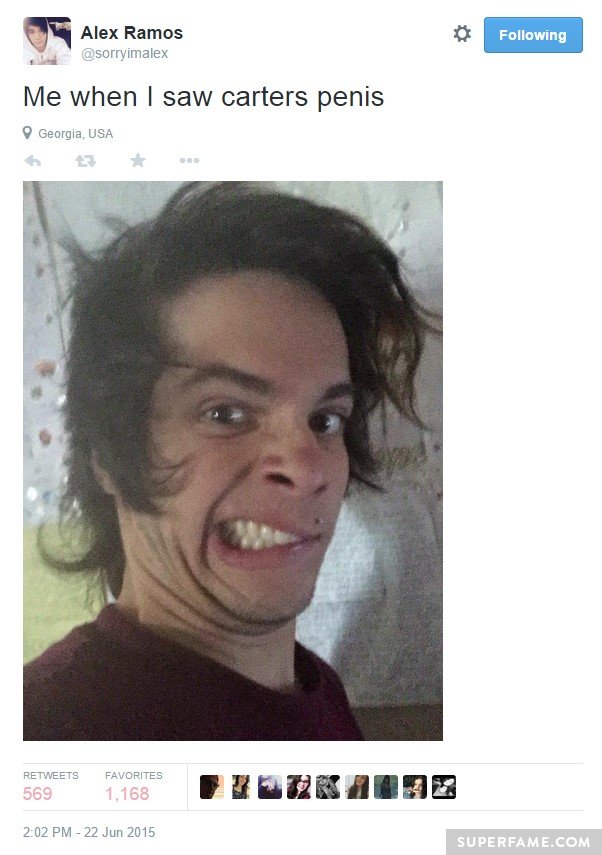 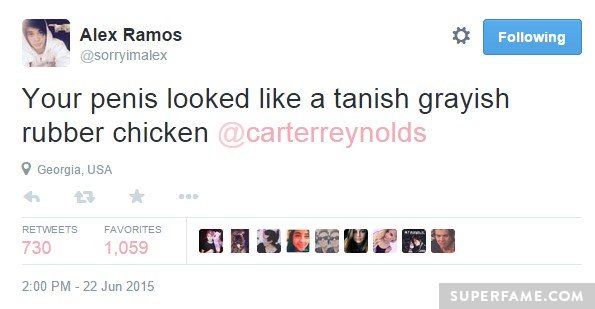 Jacob Whitesides, who famously fell out with Carter, kept it more ambiguous. 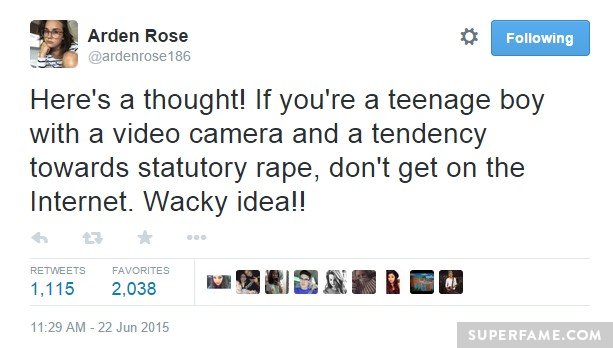 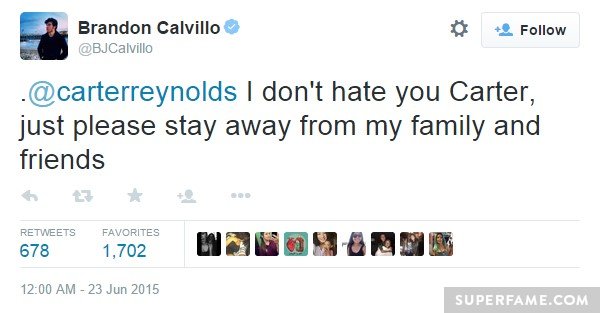 Dylan Holland tweeted a screenshot of how he denies nudes from fans. 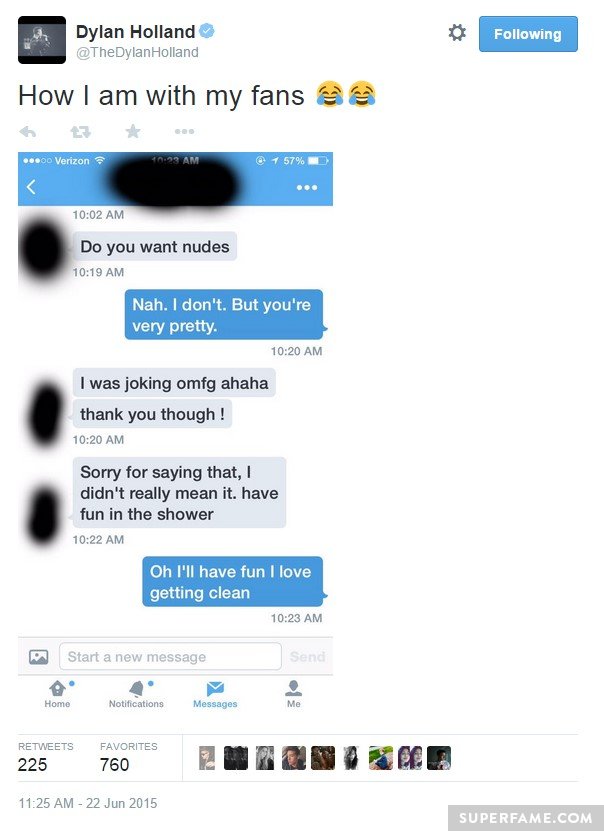 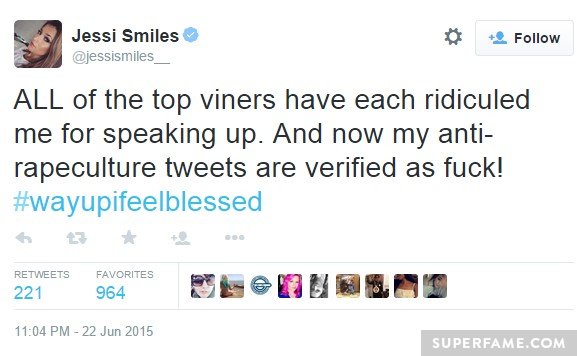 Perez Hilton, who was warned for threatening to sexually assault a housemate on Celebrity Big Brother – gave Carter advice. 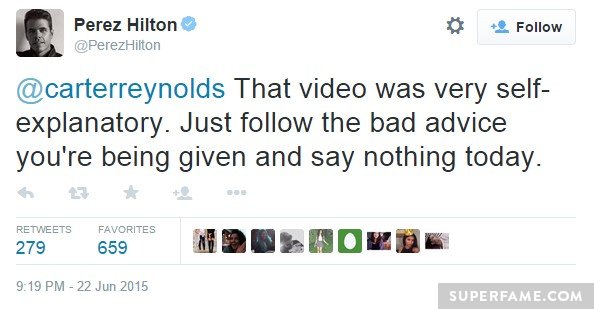 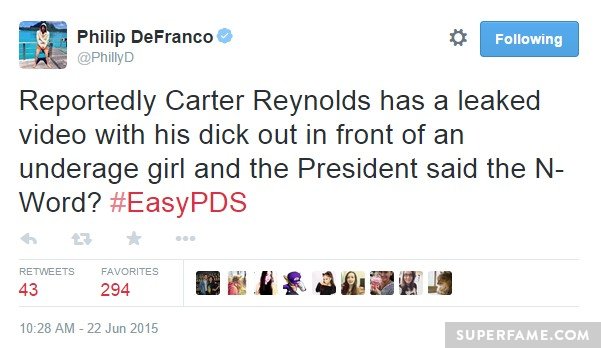 Stalker Sarah caused a minor controversy when fans thought she was “victim blaming”. 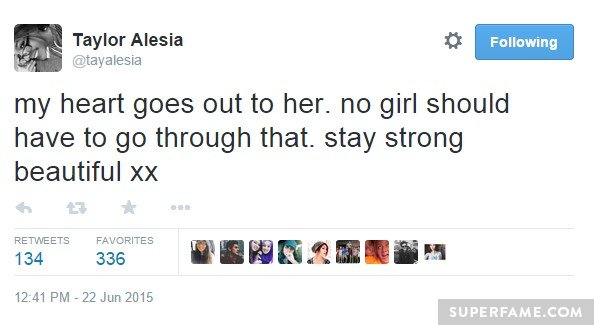