Over the weekend, Taylor took aim at his rival Madison Beer on Instagram, by tagging her name on a photo of trash. Click here to read about that.

Their feud started back in September. After a misunderstanding, Taylor decided to accuse Madison of homie-hopping.

Madison’s boyfriend Jack Gilinsky thought that was too much, and unfollowed Taylor. Taylor then shocked fans by calling Madison a “w****”.

“The way I acted was childish and I apologize, Madison. I take jokes too far sometimes. I don’t think about how my comments may make others feel. I am sorry. But I do understand that sometimes apologies do not make everything better. But it is a start. I apologize once again. Love, Taylor.” 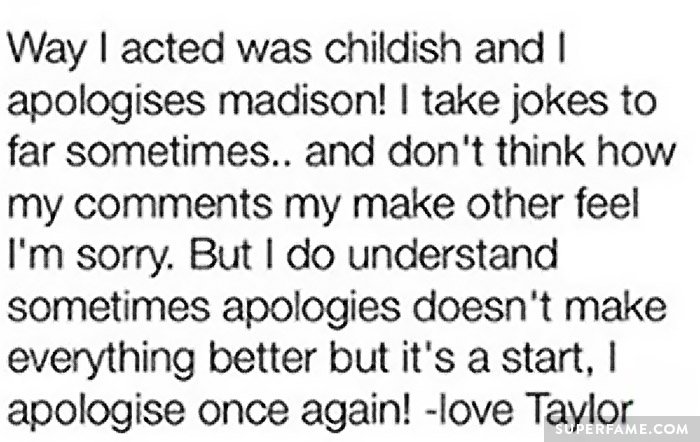 He described himself as “young and dumb”. “I need to learn to shut the hell up.”

He said he was trying to be “funny” – the same reasoning he used when he was criticized for calling Madison a “w****”. 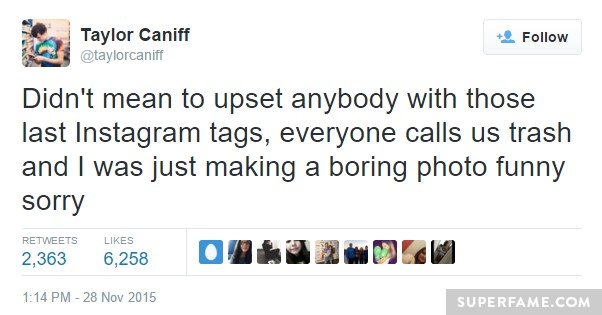 “The way I acted was childish. I apologize to Madison.” 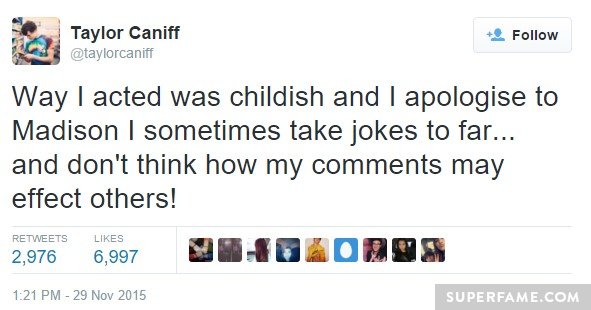